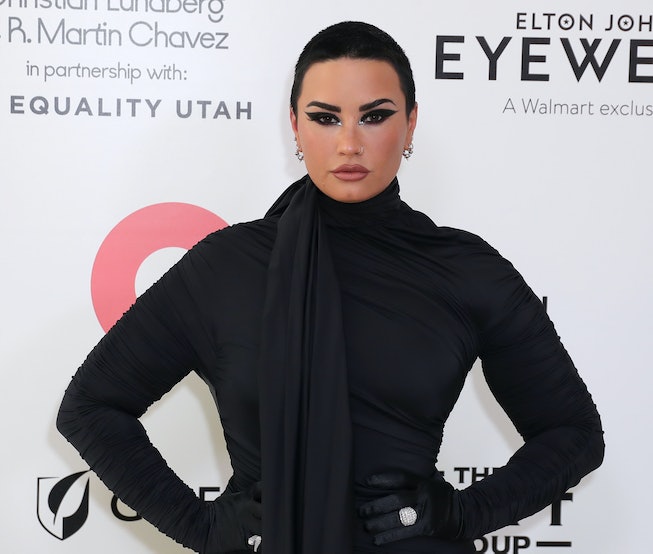 Demi Lovato is officially re-entering their pop-punk era. The Grammy-nominated singer just announced their 8th studio album, HOLY FVCK, following the success of their 2021 release Dancing With the Devil.

According to Lovato, this is their most authentic record yet. The “Cool For The Summer” singer said, “The process of making this album has been the most fulfilling yet and I’m grateful to my fans and collaborators for being on this journey with me. Never have I been more sure of myself and my music and this record speaks that for itself. To my Lovatics who have been rocking out with me since the beginning and those who are just now coming along for the ride, thank you. This record is for you.”

Keep reading for everything you need to know about HOLY FVCK.

When will HOLY FVCK be released?

HOLY FVCK is slated to drop this summer. The album will be available to stream on Friday, August 19th, 2022 via Island Records. Fans can pre-order their own copy of the album through Lovato’s website, which has CDs, records, and cassette tapes available for purchase.

According to the album's press release, HOLY FVCK is a “sonic journey grounded in Demi’s rock and pop-punk roots and illustrates an earnest yet tongue-in-cheek retrospective of their life experience.”

Yesterday, Lovato posted a teaser of the album art on Instagram. The photo set features the singer clad in a red hooded sweatshirt with matching sultry makeup. Though the teaser didn’t include any music, they captioned the post with song lyrics that reflect a new, gritty, era. “ I’m just trying to keep my head above water / I’m your son and I’m your daughter,” they wrote, “I’m your mother I’m your father/ I’m just a product of the problem.”

What is the first single on HOLY FVCK?

Thankfully, we won’t have to wait too long to hear a bit of what Lovato’s been working on. Their first single, “Skin of My Teeth,” drops Friday, June 10th along with an exciting music video.

This afternoon they posted a sneak peek of the video on Instagram. Over the sound of heavy-metal drums, they belt, “I’m alive by the skin of my teeth / I survived when it got harder to breathe.”

How many tracks are on HOLY FVCK?

HOLY FVCK has a total of 16 songs. On Thursday, July 14th, Lovato released the tracklist for her album, revealing collaborations with Yungblud, Royal & The Serpent and Dead Sara.