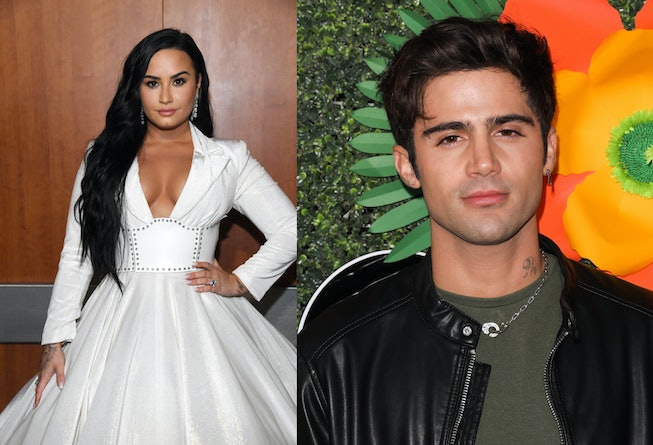 Just two months after they announced their engagement with a set of sweet beach photos posted to Instagram, Demi Lovato and Max Ehrich have called it quits, People reports.

A source told the magazine: "It was a tough decision, but Demi and Max have decided to go their separate ways to focus on their respective careers. They have respect and love for one another and will always cherish the time they spent together."

The couple revealed to the world that they were going to get hitched in July when Lovato broke the news by sharing photos from their beach proposal, including a close-up shot of the ring. "Today I’m officially going to be someone else’s partner," she wrote in long post dedicated to Ehrich on Instagram. "@maxehrich -I knew I loved you the moment I met you. It was something I can’t describe to anyone who hasn’t experienced it firsthand but luckily you did too..."

Meanwhile, Ehrich gushed on his Instagram: "Words cannot express how infinitely in love with you I am forever and always and then some. I cannot spend another second of my time here on Earth without the miracle of having you as my wife. here’s to forever baby [...]"

The pop singer and The Young and the Restless actor began dating shortly before quarantine and rode out the majority of the lockdown together posted up in Lovato's home in California. "We were able to share this time together that we wouldn't have normally gotten to spend," Lovato said of their relationship in an interview with radio station SiriusXM Hits 1. "And that accelerated our relationship on a level that you can't really explain to people, but quarantine either makes or breaks the deal. And it really made that. So I'm really blessed, really fortunate and continuing to count my blessings every day."

Ehrich popped the question on July 23, four months after they began dating. The couple had just celebrated their six-month anniversary earlier this September.