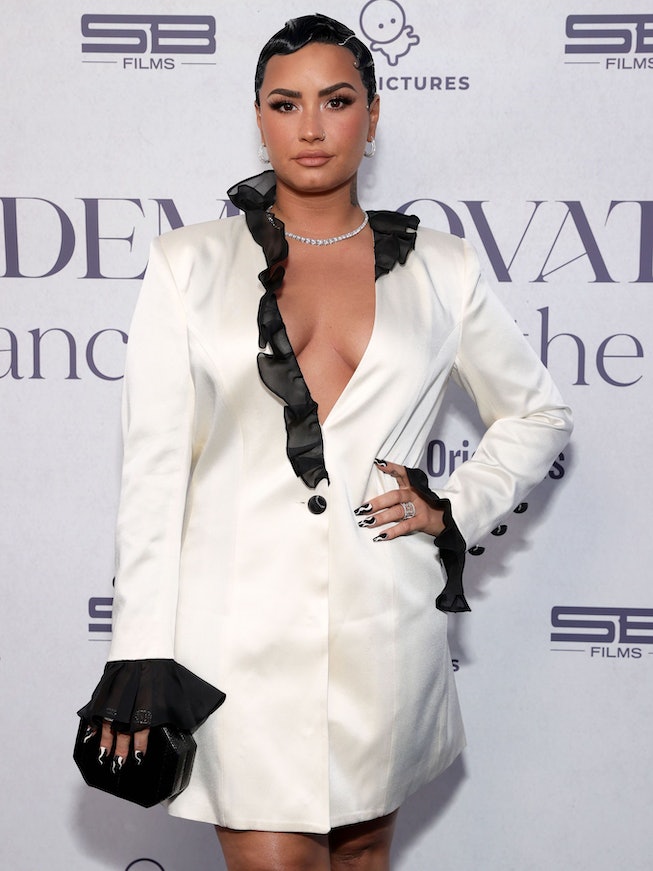 Have you ever been interested in investigating UFOs? Well, Demi Lovato certainly has! And for her next venture into the wild world of television, the former Camp Rock star will do so in front of a full camera crew for Peacock’s upcoming series Unidentified with Demi Lovato.

According to a press release, the four-part unscripted series will see Lovato, “her skeptical best friend” Matthew, and her sister Dallas Lovato “attempt to uncover the truth about the UFO phenomena.” Together, the trio will consult with leading experts to “investigate recent eyewitness encounters, uncover secret government reports, and conduct tests at known UFO hot spots.”

As noted by Deadline, Lovato has exhibited an interested in UFO sightings in the past. Last October, the singer posted on Instagram that she had spent some time in Joshua Tree alongside “a small group of loved ones” and Dr. Steven Greer, an American ufologist who founded the Center for the Study of Extraterrestrial Intelligence and the Disclosure Project. After noting that she had “dug deep into the science of consciousness” over the past couple months, Lovato admitted that she had “witnessed the most incredibly profound sightings both in the sky as well as feet away from me.”

“This planet is on a very negative path towards destruction but WE can change that together,” she continued in the Instagram post. “If we were to get 1% of the population to meditate and make contact, we would force our governments to acknowledge the truth about extraterrestrial life among us and change our destructive habits destroying our planet. This is just some of the evidence from under the stars in the desert sky that can no longer be ignored and must be shared immediately.”

NEXT UP
Culture
Phoebe Dynevor Will Not Return for Bridgerton Season 3
A Night Out
A Night Out With Rachel Bilson
Culture
6 Shows To Binge Once You've Finished 'The White Lotus'
Culture
Succession Season 4 Trailer Explodes With Family Drama
Style + Culture, delivered straight to your inbox.