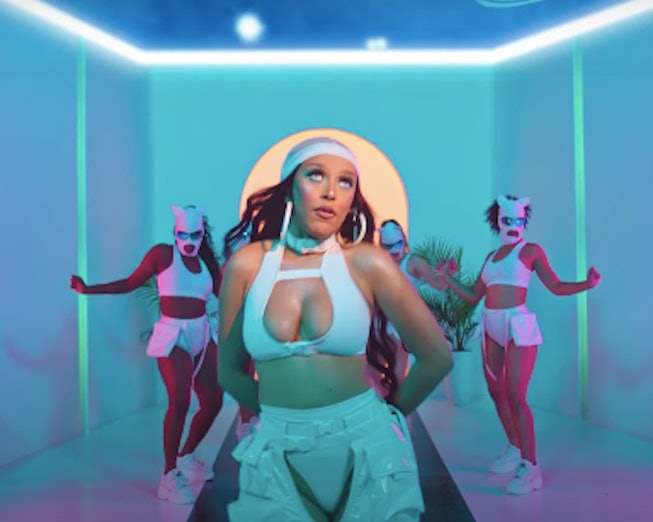 Doja Cat seems impervious to cancellation. The rapper found herself at the center of a racism scandal last month when video footage of her talking to right-wing incels in a Tinychat room leaked and her controversial 2015 song “Dindu Nuffin,” which turns a racist phrase about police brutality victims into a joke, resurfaced. But Doja, being a self-proclaimed Internet troll, seems mostly unbothered by the online commotion, and is releasing new work anyway.

In between her music drops, Doja managed to hop on Instagram live to once again address the Tiny Chat controversy. "My friends on Tinychat are not fucking white supremacists, they love me, I love them, they're loving, and that's it," she said definitively. "And you won't find anything on them because you're fucking stupid!"

It's a stark change of tone from her initial apology last month where she apologized for partaking in racist chatroom culture. “I’ve used public chat rooms to socialize since I was a child," she said. "I shouldn’t have been on some of those chat room sites, but I personally have never been involved in any racist conversations.”