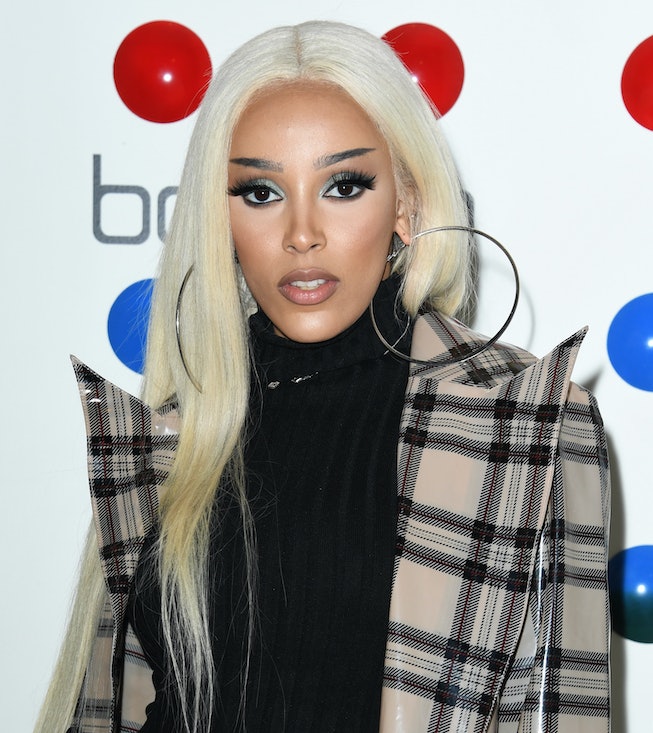 During a weekend where Lana Del Rey called out Beyoncé (among others), it can be hard to imagine any pop-adjacent scandal creating more of a commotion. But somehow, Doja Cat managed to steal the spotlight when video footage of her talking to right-wing incels in a Tinychat room leaked several days ago. The situation only escalated when disgruntled fans resurfaced her controversial 2015 song “Dindu Nuffin,” which turns a racist phrase about police brutality victims into a joke. Eventually, the collective drama inspired the creation of a #DojaCatIsOverParty hashtag, and in response, the singer did what any celebrity would: She posted an apology on Instagram, denying any wrongdoing and all but absolving herself of any guilt.

“I want to address what’s been happening on Twitter,” the newly minted Billboard chart-topper began in a post uploaded to her feed on Sunday night. “I’ve used public chat rooms to socialize since I was a child. I shouldn’t have been on some of those chat room sites, but I personally have never been involved in any racist conversations.” Never mind that one of those videos clearly shows Doja calmly sitting back while a white man tells a black man in the chat that he "looks Arabic." Still, she continued, “I’m sorry to everyone I offended.” Later, she fell back on her own racial identity, claiming, “I’m a black woman. Half of my family is black from South Africa and I’m very proud of where I come from.”

She then dove into the controversy surrounding “Dindu Nuffin,” admitting to writing and recording the song, but insisting that it was not done so in a flippant manner. “As for the old song that’s resurfaced, it was in no way tied to anything outside of my own personal experience,” she said. “It was written in response to people who often used that term to hurt me. I made an attempt to flip its meaning, but recognize that it was a bad decision to use the term in my music.”

In the end, Doja tried to assuage fans by acknowledging how bad the situation looks, particularly coming less than two weeks after she celebrated the success of her hit single “Say So” (and its accompanying remix featuring Nicki Minaj). “I understand my influence and impact and I’m taking this all very seriously,” she said in the apology’s final paragraph. “I love you all and I’m sorry for upsetting or hurting any of you. That’s not my character, and I’m determined to show that to everybody moving forward. Thank you.”

Whether or not she’ll get the chance to show that is another story entirely.

In the meantime, I have to go stream “Savage Remix” on iTunes.