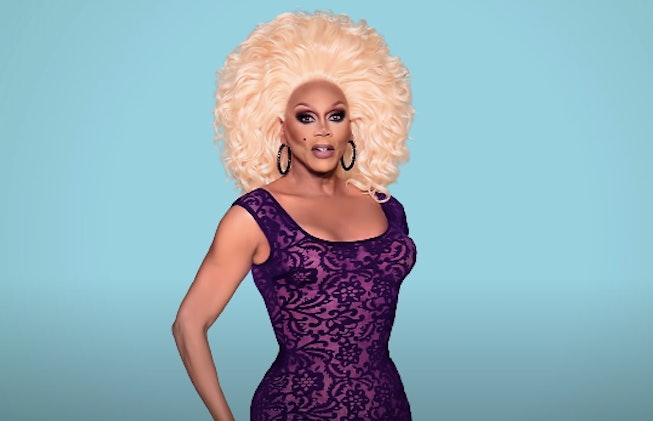 2020 has been the biggest year for Drag Race so far, with back-to-back seasons of RuPaul's Drag Race season 12 and Drag Race: All Stars season 5, back-to-back premieres of Canada's Drag Race and Drag Race Holland, and even the franchise's first venture into Real Housewives-style raunchy reality TV with Drag Race: Vegas Revue. But even with all that, 2021 is already priming up to be an even bigger year for the now world-spanning franchise, as World of Wonder plans to quite literally ring in the New Year with a premiere for the 13th season of the show that started it all. Yes, you read that correctly: season 13 of RuPaul's Drag Race will premiere on VH1 on New Year's Day.

In a first look for the upcoming season, RuPaul appears, teasing audiences by saying, "In a world full of shade, we all shine thru." For the remainder of the 60-second teaser, VH1 offers audiences a sneak peek of the thirteen new competitors. As usual, this latest group of aspiring Drag Superstars is extremely diverse, with queens of all shapes, sizes, and races in line for their chance to secure the coveted Drag Race crown. (And just as rumored, season 13 will play host to the show's first out trans male contestant.)

"When they go low, we go hiiiiiiiiii," tease two of the new competitors, putting on their best Alaska Thunderfuck voice. If this teaser is anything to go by, season 13 will give us everything we've come to expect from a season of RuPaul's Drag Race — from sickening lip syncs to sensational runways, and of course, new twists.

So let's get ready to ring in the Brand Ru Year! I already have my champagne chilling on ice.

Check out the first promo teaser below.