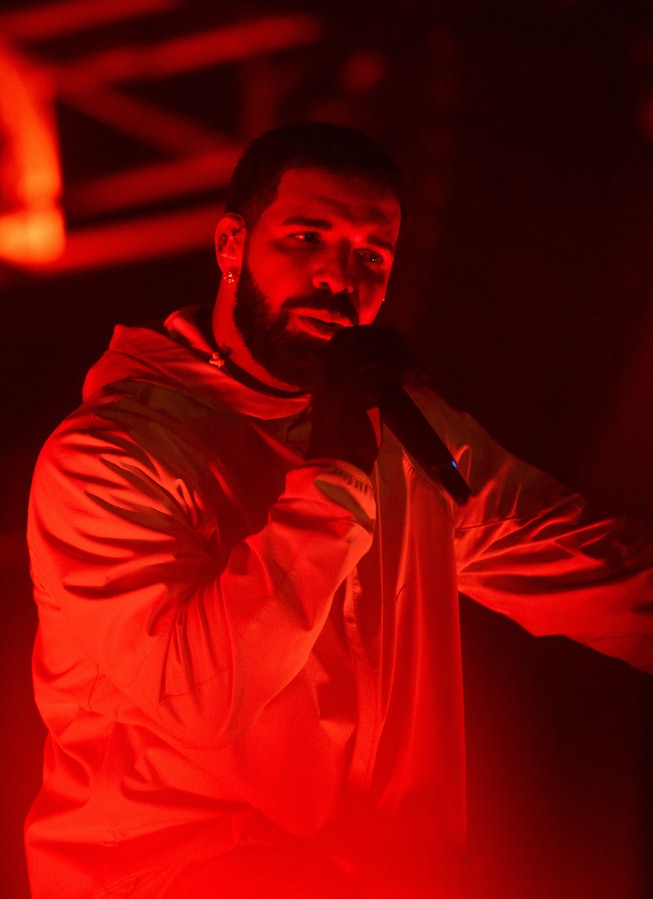 Drake’s new album is a swift departure from the music that made him famous. Honestly, Nevermind dropped on June 17, just a few hours after the Canadian rapper announced the project. And to everyone's surprise, the 14-track record veers away from his rap and R&B roots and directly into house-inspired music. With its club-ready beats and earnest vocals, Honestly Nevermind seems to be a direct response to his critics. It’s not what you’d expect from Drake, and according to him, that’s the point.

In one of the album's only rap songs, “Sticky,” Drake raps openly about his life. In the first verse he says, “My mama wish I woulda went corporate/ She wish I woulda went exec’/ I still turn to a CEO so the lifestyle she respect.” Soon after, he mentions his close-knit Canadian upbringing, then explains why he’s never attended the Met Gala: because he can’t bring his whole crew with him.

Later on in the song, Drake references Young Thug, who was recently arrested on RICO charges, and calls for his release. “Ayo Eric, bring them girls to the stage/ ‘Cause somebody’s getting paid and/ Free Big Slime out the cage,” he says. Young Thug — whose legal name is Jeffery Young Williams, and is also known among other monikers as Big Slime — is being held without bail while he awaits trial. He’s been accused of leading an organized crime ring for profit, but he insists that he is not guilty. Prior to his arrest, Young Thug challenged gender norms and influenced the next generation of trap artists.

After that, Drake spends the rest of the song talking about the “sticky” situations he’s found himself in. First, a relationship that fizzled out. “Shawty try to play it cool but/ Now she wish she woulda stayed ‘cause/ Every song that I made is/ Ringin’ like I got engaged.” Later, he explains a difference in perspective. “You say I changed/ I say that I millions/ I did,” he admits.

Then after mentioning his friend, the late designer, Virgil Abloh, he circles back to life in the limelight — which is often soured by those rooting for his downfall. “When everything is put to rest/ And everybody takes a breath/ And everything gets addressed/ It’s you alone with your regrets,” he raps. “All that pumpin’ up your chest/ All that talk about the best/ You know how sticky it gets.”

Once the song hits the outro, Drake features a clip of Abloh’s voice — the best part of the track. “Like, we weren't supposed to come up with something this clean. Like something happened,” Abloh is heard boasting gleefully.

All in all, Honestly, Nevermind, is Drake's next era whether we like it or not. During the album's release party, cameras caught the rapper addressing any naysayers. “It’s all good if you don’t get it yet. It’s all good,” he said. “That’s what we do. That’s what we do. We wait for you to catch up. We’re in here though. We’re caught up already. On to the next, my goodness.”