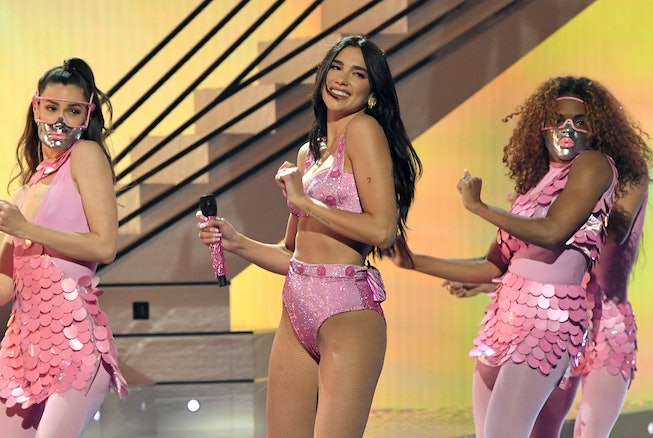 Dua Lipa has won the internet over with her Grammys performance — a medley of Future Nostalgia hits including “Don’t Start Now” and “Levitating.”

For the latter, Lipa was joined on stage by DaBaby, who had just wrapped up his performance of “ROCKSTAR” featuring Roddy Rich and a gospel choir made up of Supreme Court justice lookalikes.

Fans were also taken by Lipa’s choreography, hair, vocals — you get the picture: