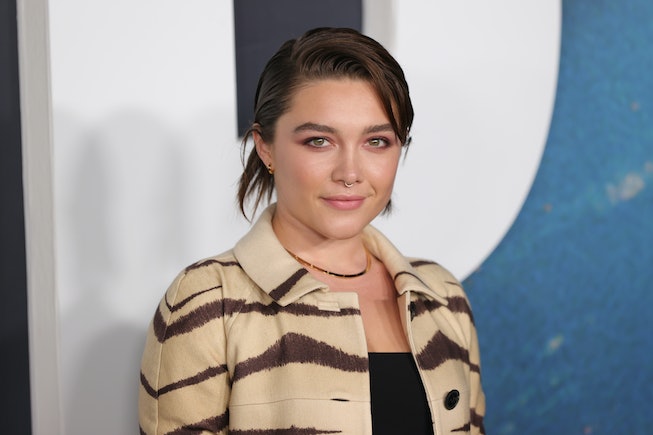 Just in case the opening tag announcing the just-released Dune as “Part One” wasn’t enough of a dead giveaway, we now have official confirmation that the Denis Villeneuve-directed sci-fi epic about one young man’s dangerous journey to protect the future of his nation is getting a flesh-and-blood sequel.

“This is only the beginning,” the production studio behind the smash cryptically wrote at the top of the tweet. “Thank you to those who have experienced [Dune] so far, and those who are going in the days and weeks ahead. We're excited to continue the journey!” Legendary also included a photo that presumably “revealed” the title of the upcoming sequel.

When the first Dune screened at the Toronto International Film Festival, Villeneuve told Variety, “I wanted at the beginning to do the two parts simultaneously. For several reasons, it didn’t happen, and I agreed to the challenge of making part one and then [waiting] to see if the movie rings enough enthusiasm.” The director admitted to putting “all [his] passion” into the first film “in case it would be the only one.” But even then, the optimism he seemed to harbor about a sequel seemed slightly predictive.

And when looking at the film’s commercial success, it’s easy to see that his enthusiasm was warranted. Not only has the film made an impressionable box office dent, but it has also been a success story for WarnerMedia at large, who seem to agree that the larger Dune universe can be very useful for them in the long run. (HBO Max is currently developing a scripted series, directed by Villeneuve, called Dune: The Sisterhood.) Even before Dune became a smash, WarnerMedia executives were betting big: on the eve of the film’s release, Ann Sarnoff told Variety, “The story in itself sets up for a sequel. The production is so amazing and the storytelling is so compelling that it’s not going to be judged on box office alone.”

And now that it’s been firmly proven that Dune has the potential to drive up HBO Max subscription numbers and still manage to break the box office? Well, let’s just say that, just like Paul Atreides stepping up to save the world, a Dune sequel was already predestined.

Here’s what we know about Dune: Part Two so far:

Dune: Part Two will include much of the same cast, with a few new additions.

The new film will continue where the first part left off, with Oscar nominee Timothée Chalamet continuing his role as Paul Atreides, a privileged young aristocratic heir whose mother swears is The Messiah. Zendaya, Rebecca Ferguson and Javier Bardem will also resume their roles from the original film.

English actress Florence Pugh (Little Women, Midsommar) is also reportedly in talks to join the sci-fi epic as Princess Irulan, the daughter of the Emperor. The project is also casting the major new parts of Emperor Shaddam IV, the ruler who sends the Atreides family to Arrakis, and Feyd-Rautha, the nephew of the baron who heads House Harkonnen.

Unlike the first Dune, which has been available to stream from home on HBO Max since its release, Dune: Part Two will get an exclusive theatrical release — just as God intended. That means: no more exhausting tweets about how the sprawling film absolutely needs to be seen in IMAX; by the time Part II comes out, that’ll be one of your only real options.