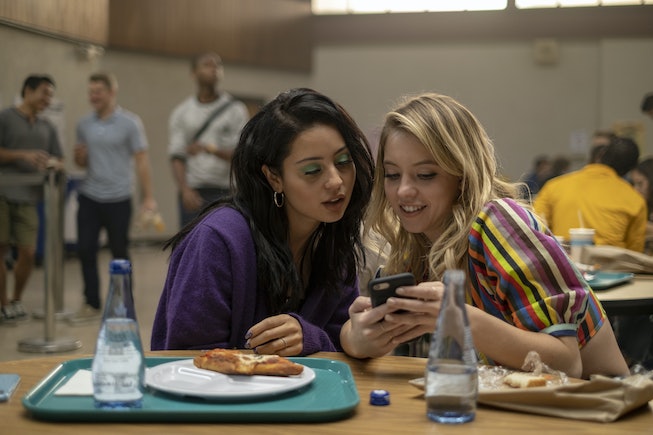 There's nothing quite like seeing outtakes from a performance you love, from actors you love. HBO's gritty teen drama Euphoria is not without its humorous moments, but overall, it's not exactly a shown known for bringing on the laughs. Which is why it's delightful to see bloopers from the hit show's season one, featuring the cast flubbing lines, cracking each other up, and interacting as themselves on set. From Zendaya's Rue struggling to make a phone call, to Barbie Ferreira's Kat and Hunter Schafer's Jules' breaking into giggles — and out of character — in their Halloween costumes, it's a fun watch all around.

Euphoria has been renewed by HBO for a second season.