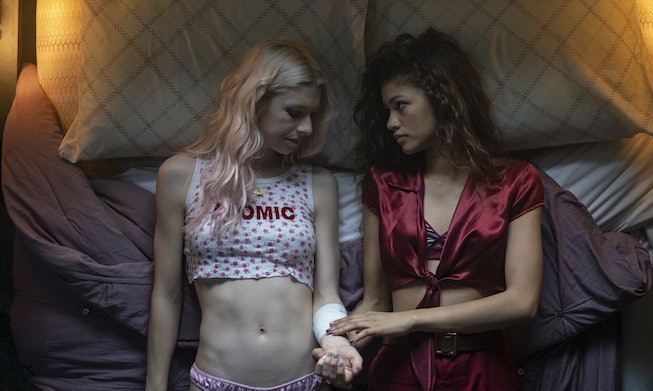 Between Zendaya becoming the youngest Emmy winner for Outstanding Lead Actress ever and Alexa Demie bending the laws of time and space, Euphoria has been killing it more than usual lately. While the highly anticipated second season remains at a production standstill due to the pandemic, Zendaya teased that fans would nonetheless get their Euphoria fix, only this time it would be with a special COVID episode to link the long gap between seasons.

“All I can really say is that season two won't happen for a while, but we do have a couple bridge episodes that we're shooting currently that aren't really part of season one or season two, but kind of give people a little something different with Euphoria to hold us over a little bit until we're able to [air the next season],” Zendaya revealed to ET Online. Details concerning the bridge episodes' story arcs, or if the episodes will acknowledge the pandemic, are obviously under wraps, and the only concrete thing we know is the new given that they'll be filmed with "a limited amount of people in a safer environment."

In the meantime, Zendaya posted a photo of her "old friends" to her Instagram story — by which we mean Rue's signature, busted black Converse high-tops. Given what we know, hopefully it was a hint that the bridge episodes are already in production and one step closer to your television.