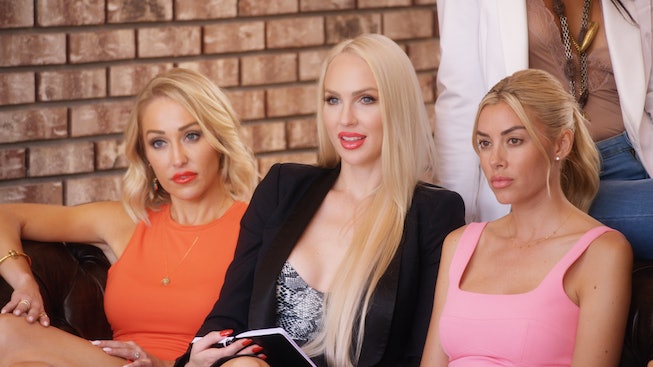 August is around the corner, which means Netflix announced its summertime drops. The streaming giant has you covered when it comes to television, films, and documentaries, offering up a wide range of entertainment to make you forget that your summer vacations have all been canceled.

Even though Netflix just released Season 2 of their sleeper reality hit Selling Sunset, it's not waiting around and will let Season 3 out into the world. The series, which follows glamorous real estate agents selling even more glamorous multi-million-dollar Los Angeles homes, packs in a ton of drama and is definitely not one to skip. Netflix adds to the superhero canon with Project Power, a new series starring Jamie Foxx, Joseph Gordon-Levitt, and Dominique Fishback about a pill with some freaky side effects: superpowers. Additionally on the TV front, the first part of Lucifer Season 5 will be available, jumping right back into the action as Lucifer returns back from Hell, only something's afoot.

The tried and true theme of high school dance takes center stage with the Netflix original film Work It, but if you're craving something darker, there's Unknown Origins, the Spanish Netflix Original movie about cops who team up with local nerds to track down a superhero-copycat killer. The documentary feature John Was Trying to Contact Aliens seems to balance reality with the supernatural, following man on the hunt for extraterrestrial life, only to find love instead.

See everything coming to the streaming service in June below.

NEXT UP
Culture
Phoebe Dynevor Will Not Return for Bridgerton Season 3
Culture
Succession Season 4 Trailer Explodes With Family Drama
Culture
The Biggest Revelations From The Price Of Glee Docuseries
Culture
M3GAN S3QU3L Will Be Released January 2025
Style + Culture, delivered straight to your inbox.