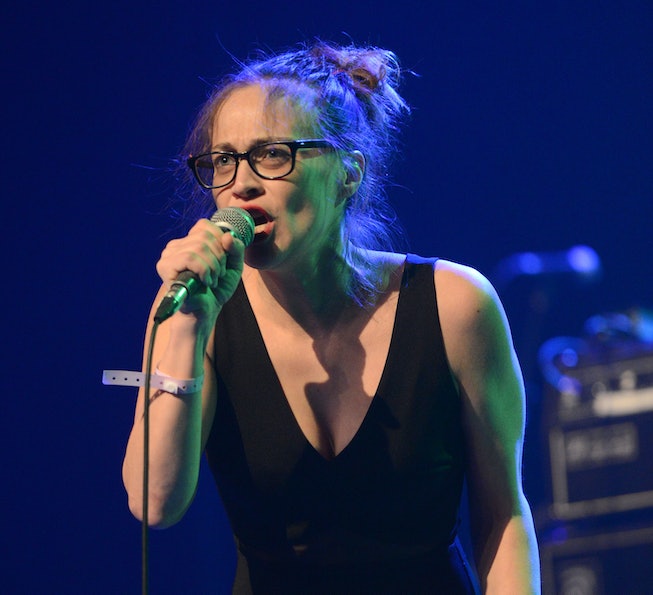 Fiona Apple has shared some scathing words about the Grammys in a recent interview with The Guardian. During her conversation with critic Laura Snapes about the recording process behind her latest album Fetch The Bolt Cutters, after she mentions the mid-2000s Free Fiona campaign launched by her fans, Apple switches the subject to the Grammys.

"I’m bringing up the Grammys and that’s really something that I shouldn’t be doing, but really, Dr Luke is nominated?" she says to The Guardian. "They had [Kesha] up there singing 'Praying' and now they’re gonna go: 'Oh but it’s Tyson Trax!'"

Apple also brings up the Deborah Dugan scandal the Grammys was involved with earlier this year, saying "that all reeks to me."

Tyson Trax is one of many pseudonyms that Dr. Luke has started using since 2014, when Kesha accused the producer of alleged sexual and emotional abuse through a widely-publicized lawsuit. The pseudonym is now in the credits of many of his recent hits, including Doja Cat's massive "Say So," which is currently up for the Record Of The Year award for the 2021 Grammys. If the song wins, Doja Cat, "Tyson Trax," and the tracks' engineers would all be awarded the trophy.

That's not Apple's only grievance with the Recording Academy. Later in the conversation, she brings up her own nominations, expressing conflicted feelings about whether she should praise the Grammys for nominating all women artists for the Best Rock Performance category.

I immediately had this feeling: I wish I was in a room with these ladies and we could celebrate. I felt really nice for a second. Every week I send a selfie to Simon, who runs the Tumblr site on me. I thought, for that week’s selfie, I’m gonna make a T-shirt with everybody’s names in little hearts: Phoebe [Bridgers], Brittany [Howard], Danielle, Este, Alana [Haim], Adrienne [Lenker of Big Thief], Grace [Potter]. But then I threw it away. I felt like this is exactly what they want me to do: It’s better now! I got nominated! And it’s all women this year and the Grammys are great!

She continued to say that, were she to win the award, "I would just get up there with a sledgehammer and I wouldn’t say anything, I would take the Grammy and smash it into enough pieces to share and I would invite all the ladies up." Her second thought? "I wonder if I can get all these ladies to boycott this shit because of Dr. Luke," she says.

If that were to happen, it wouldn't be the first time Apple used her acceptance speech in service of a larger, more urgent message that's unfriendly towards the current musical establishment. Apple famously called the world "bullshit" in her speech for Best New Artist In a Video at the 1997 VMAs — a moment that at the time caused a media storm, but has since become an example of her subversiveness as an artist.

And If you ask us, we hope she brings the sledgehammer on stage.