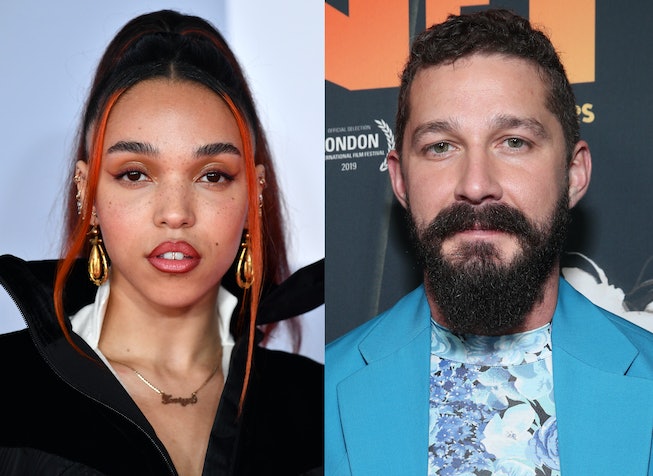 After filing a lawsuit against actor and ex-boyfriend Shia LaBeouf, FKA Twigs opened up about the alleged abuse she endured during their relationship. Her accounts to Elle are painful to read; the singer recounted a bevy of psychological, verbal, and physical abuse. The abuse began subtly, Twigs notes, with incremental changes that compounded into one horrifying reality.

Twigs and LaBeouf met on the set of Honey Boy during the summer of 2018. The two began dating, and LaBeouf began his love bombing offensive. The term refers to showering another person with affection, romantic gestures, and putting them on a pedestal, only to knock them down. Once the person has received the blow, the love bombing begins again and the abuse cycle is established. Twigs recalled her own experiences; LaBeouf told her he loved her a few weeks into the relationship, would pull out all the romantic stops, and any relationship rough spots were met with overzealous attempts to win her back.

She recalled one particular instance: “He would send me between 10 and 20 bunches of flowers a day for 10 days. Every time I would sit down to work or watch something, the doorbell would ring, and it would be another three bunches of flowers. On the tag, each time, it would say, ‘More love,’ ‘More love,’ ‘More love.’  It was a bit too much. It felt uncomfortable. I look back now, and it feels like really aggressive love.”

Twigs relocated to LaBeouf's Los Angeles home in October 2018, and that's when she began to realize that something sinister was afoot. “I realized then I wasn’t just dealing with a tortured person who was going through a divorce," she said. "Or that outside factors in his life [were] making him act out on me. I was involved with an inherently abusive person.”

LaBeouf would allegedly force her to watch gruesome true crime documentaries, kept her from sleeping, made her sleep naked, and more, while any refusal was interpreted as a sign that she didn't love him. LaBeouf also kept her isolated from her friends and routinely overreacted with jealousy to keep Twigs in check.

“One time, he heard me laughing on FaceTime with my friend. He came in and had a massive argument with me because he said he doesn’t make me laugh like that. So then I had to hide laughing with my friends," she remembered. "It’s [about] isolation, so I don’t talk to my friends. He hated that I had an experience to myself [with] something that didn’t involve him, a memory that gave me joy,” she says, sighing. “He made me feel like I wasn’t allowed joy, basically. That’s what it boils down to: I wasn’t allowed joy unless it directly revolved around him.”

Twigs has spent London's quarantine healing from the leftover torments of the abuse. She's recorded what she calls a "going out" record with Spanish producer El Guincho, which collaborations with Nigerian Afrobeats star Rema, British-Gambian rapper Pa Salieu, and pop's girl of the moment, Dua Lipa. Her journey is a work in progress. As for LaBeouf, he reportedly started receiving in patient treatment and agreed to mutually part ways with talent agency CAA.

Though LaBeouf has denied the allegations in his legal response to Twigs' lawsuit, his lawyer recently told Rolling Stone, “A lawyer issuing general denials to all the allegations in a lawsuit is standard procedure in civil practice and signals nothing about Shia’s past statements or his acceptance of responsibility for things he has done wrong. Nothing has changed.”

If you, or someone you know, is a victim of intimate partner violence, call the National Domestic Violence Hotline toll-free at 800-799-SAFE or connect online at thehotline.org