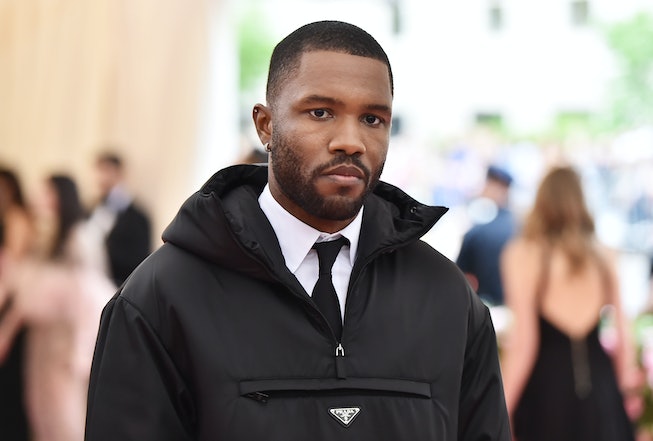 There has never been a sadder time to stream "Futura Free," the closing track from Frank Ocean's critically-acclaimed album Blonde, as Ryan Breaux, Ocean's 18-year-old brother who is featured on the track, is now dead after getting into a car accident with his friend, 20-year-old Ezekiel “Zeek” Bishop, who also died.

The news broke on Sunday, with authorities confirming that the crash occurred late Saturday night/early Sunday morning, at around 1:30am. According to reports, the crash, which only involved Breaux and Bishop's vehicle, occurred when the car veered off the main road and "collide[d] with a tree in the center median." They were in the Westlake Village area of Los Angeles, and the accident happened "just north of Skeleton Canyon Circle," according to a press release from the Ventura County Sheriff’s Office.

After someone called to report a smoke sighting, officials arrived to find the car completely engulfed in flames and split in half as a result of the collision. While there is no official word on what caused the crash, authorities suspect that the driver, who has also yet to be identified, was speeding.

Last night, friends and family members held a memorial service for both young boys near the site of the crash in Thousand Oaks, California. They were also close to Los Angeles private school Oaks Christian, the same institution Ryan Breaux and Ezekiel Bishop had both recently graduated from in 2019.

Though the notoriously private Ocean has yet to make a public statement regarding the tragic death, many other friends and family members have stepped up to offer their condolences. In a lengthy Instagram post, Paris Brosnan, the 19-year-old son of Pierce Brosnan and a close friend, opened up about his close relationship with both, saying, "To my brother, who was talented beyond belief, possessed a heart of gold, had an energy that was infectious, a smile & laugh that lifted everyone’s spirit, and was a loyal and authentic friend to anyone he knew. You were just getting started and ready to show the world who you were." He closed out the sentimental carousel of pictures and screenshots of text conversations by saying, "I will carry you in my heart always. Until I see you again brother. Ryan Breaux forever & Zeek Bishop forever."