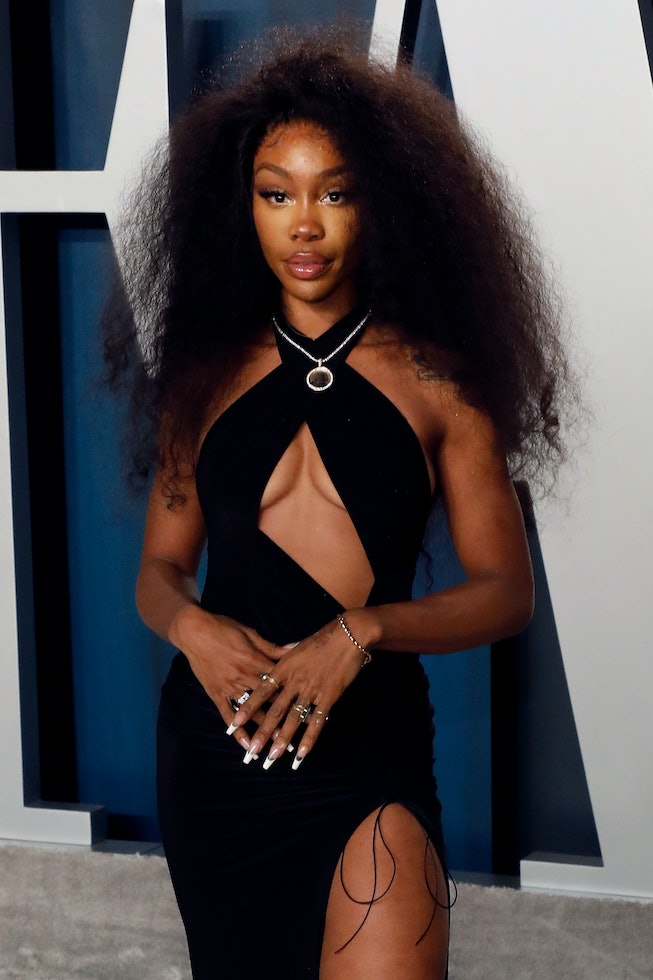 SZA's sophomore album and follow up to her 2017 record Ctrl is one of the most highly anticipated drops in music, but good luck to fans looking for any sign of it. SZA teased a "20-track music dump" back in May and shared her mom's thoughts on unreleased songs in July, but at this point there's still no lead single or even a soft release date. Apparently, SZA is just as frustrated as her fans about the hold up. In a series of now-deleted tweets, the singer expressed her frustrations with her label Top Dawg Management, its president Terrence Louis Henderson, Jr. — who goes by the nickname Punch — and her allegedly hostile relationship with him.

"At this point y'all gotta ask Punch," she wrote of the album's on-going delay. "I've done all I can do." Fans then flooded her mentions with questions, one asking if her relationship with Punch was hostile or if the album's delays were merely out of her hands at this point. SZA minced no words. "BEEN hostile," she wrote back.

A fan also shared screenshots in which they themselves asked Punch about the record's release. Punch kept his answer short, only replying with "Soon." SZA was more than familiar with the response. "This is what he says to me as well," she explained. "Welcome to my fucking life."

Punch also took to Twitter, but did not directly address the controversy. "I am a person and you guys are hurting my feelings," he said, following it up with, "I’m gonna remember you niggas once the meet and greets pop off again."

Back in January, SZA explained that she had a 2020 release date on the horizon. "I’d say the date me and Punch just discussed...but that would stress me and build unnecessary pressure," she wrote. "Short answer is yes." There's still four months left in the year — cross your fingers, everyone.