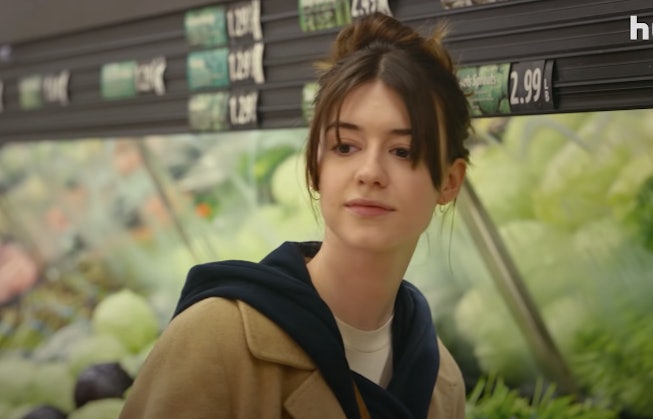 “It’s a straight girl’s fantasy come true, right?” Mollie (Twenties star Jojo T. Gibbs) asks her best friend Noa (Normal People breakout Daisy Edgar-Jones) in the newly-released, “Heads Will Roll”-soundtracked trailer for Fresh. Delivered with rhetorical sarcasm, the question is dripping in dramatic irony, as the “straight girl’s fantasy” Noa thought she was living with her new love interest Steve (Marvel’s own Winter Soldier, Sebastian Stan) is something else entirely. A nightmare? Maybe. But a “fantasy,” this is not.

Written by Ibiza’s Lauryn Kahn and directed by Mimi Cave, making her feature debut, Fresh follows Noa, who, according to a press description, “meets the alluring Steve at a grocery store and — given her frustration with dating apps — takes a chance and gives him her number.”

“After their first date, Noa is smitten and accepts Steve’s invitation to a romantic weekend getaway.” But as is the case with any thriller worth watching, things don’t go exactly according to plan. While on said getaway, Noa “finds that her new paramour has been hiding some unusual appetites.”

To reveal what these “unusual appetites” are would be to give away one of the film’s most engaging plot surprises, but Searchlight Picture’s very creative poster for the upcoming film certainly offers some helpful clues. In it, a perfectly manicured, delicate woman’s hand is severed and wrapped in saran-wrap, ready to buy like a casual piece of meat at the butcher.

Fresh premiered earlier this year at Sundance, where critics praised it as a “sleek and nimble…feminist revenge thriller,” “a lacerating critique of…toxic male sexuality and attitudes to women,” and “an exquisite horror delicacy.” In my own recap of the Park City-based festival, I praised Fresh’s understanding of sex as an act that “can simultaneously be both dangerous and redemptive.”

Set for release on Hulu on March 4, Fresh promises to be an exciting new springtime treat. (Just not of the edible variety — or maybe it is, depending on what you’re into.)

Watch the trailer for Fresh below.