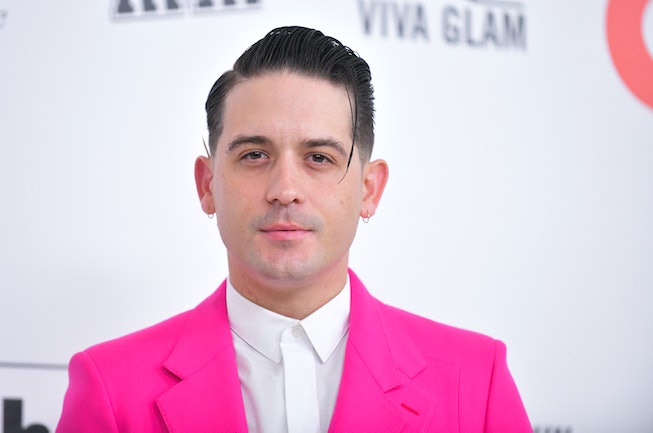 Celebrities have this syndrome where they think that the average person is waiting with bated breath for them to produce content during a pandemic. It's a sad sight to behold, and unfortunately, G-Eazy is the latest among the afflicted. Along with the help of Ashley Benson, Gerald released a cover of Radiohead's 1993 breakthrough hit track "Creep," and not to be dramatic but it was potentially the last thing we as a society needed at a time like this.

Listening to this cover begs the question: Who asked for this? G-Eazy and Benson's collaboration is not worse than Gal Gadot's doomed "Imagine" cover, but it's definitely up there on the list of cries for attention. G-Eazy turns "Creep" into an airy duet with Benson's falsetto, and also throws in a sample of the Phil Collins "In The Air Tonight" beat for some reason. The overall consensus: G-Eazy doesn't belong here.

The rapper expanded his Anglophile cover portfolio to also include The Beatles with a take on the 1968 White Album deep cut, "I'm So Tired." It's an interesting song choice, and G-Eazy is a little more in his element with pitched up vocals, light rap delivery, and a heavy dose of crooning.

Listen to the "Creep" and "I'm So Tired" covers below.