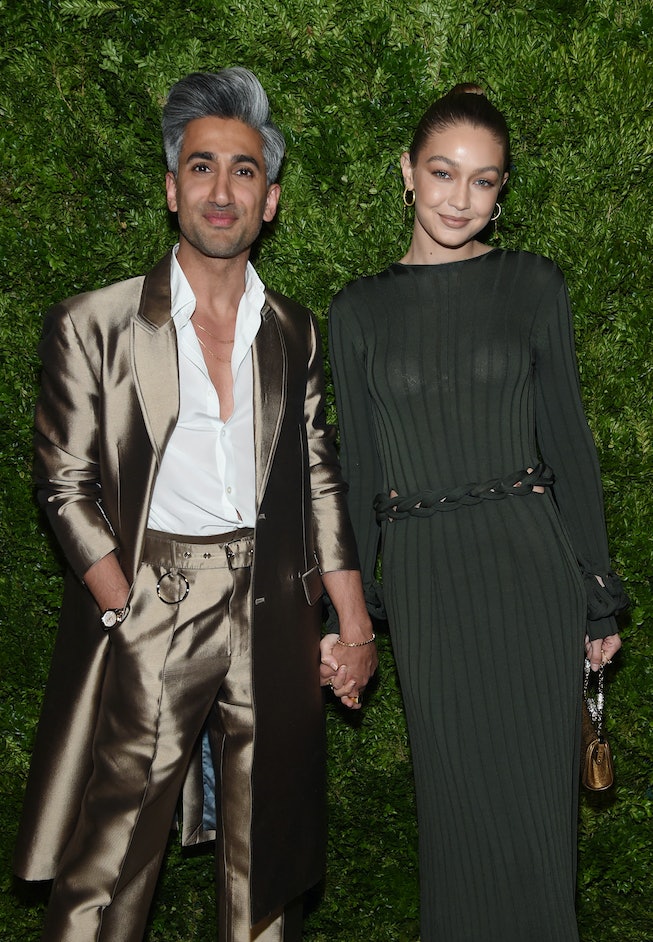 It’s been over two years since Netflix premiered the first season of its Project Runway-inspired reality design competition show Next In Fashion. In the meantime, Amazon premiered its own spin on the winning formula with Making the Cut (featuring original Project Runway hosts Heidi Klum and Tim Gunn) while Netflix decided to cancel Next In Fashion after only one season, despite its relatively strong reviews. Sometime since then, however, the streaming service quietly decided to re-pick the show up for a second season. This time, though, original host Tan France will be joined by a completely new co-host: the one and only supermodel Gigi Hadid.

In season one, France co-hosted alongside fashion influencer-cum-designer Alexa Chung — and thanks to their pre-filming connection (they met at a party a year prior and had been friends ever since), the pair had a noticeable sense of on-camera camaraderie. And while the “both being British” connection will certainly be lost when the Los Angeles-born Hadid steps in, the newly-instated pair should still have ample chemistry thanks to their own relationship.

Queer Eye’s Tan France celebrated his new team-up with an Instagram post announcing his new co-host. “Who would have thought when we met over Facetime 4 years ago (thanks [Eva Chen, Instagram’s Director of Fashion Partnerships]) that we’d be hosting NEXT IN FASHION TOGETHER!” he wrote in the caption. “You read that right! The secret’s out. You better get ready.”

France concluded the post with a call for potential contestants, noting that “casting is now open” at the show’s casting website. (So if you’re an aspiring designer, best to get applying now!)

With casting still in-progress, there is no way to tell when season two of Next In Fashion will be filmed, let alone when it will air. But with Gigi Hadid there to provide her high-fashion knowledge to the new crop of contestants, we can only hope that these upcoming episodes deliver just as much as season one. Maybe they’ll even bring back Kerby Jean-Raymond for peak-drama.

Season one of Next In Fashion is available to stream on Netflix now.

NEXT UP
A Night Out
A Night Out With Rachel Bilson
Culture
Phoebe Dynevor Will Not Return for Bridgerton Season 3
Culture
6 Shows To Binge Once You've Finished 'The White Lotus'
Culture
The Cutest Couples At The 2023 Grammys
Style + Culture, delivered straight to your inbox.