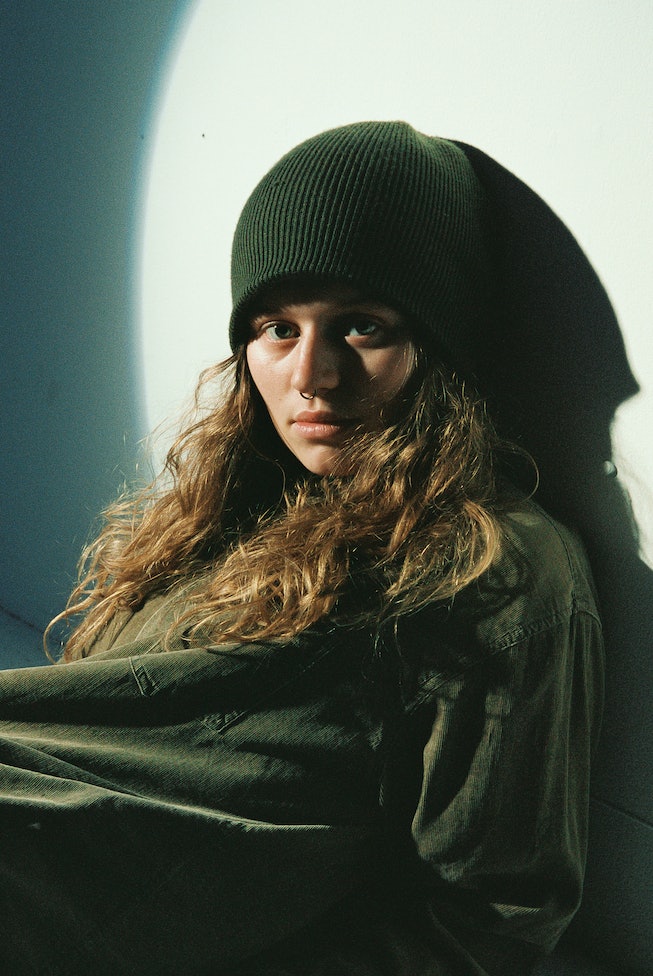 Ever since she was young, Marie Ulven has been afraid of dying. And not just to a normal degree. “I've been too scared to swallow food because I thought I would choke,” she says now, listing her fears over a recent video call. “I've been really scared of tsunamis and helicopters and World War III. I've been scared of eating my own hair, of pulling my hair out. I'd say all these things to my mom and she'd be like, ‘Well, are you pulling your hair out?’ No one saw [that] this is a really anxious kid.”

Ulven learned to manage her anxieties over the years, but things started to bubble over again to a frightening degree during the first six months of 2020. With the pandemic in full swing and stuck in lockdown in Norway, her health anxieties skyrocketed. She started having frequent panic attacks. She couldn’t sleep alone in her own bed for days at a time, and had to bunk with her sister. “It was just a really, really hard year battling my own mind,” she says frankly.

Ulven recalls all of this while heartily chowing down on a delivered meal of a burger and fries and a “10-out-of-10” chocolate milkshake, a heavenly meal after a day of hiking and press interviews. It’s not that the subject matter isn’t serious enough to warrant a more solemn atmosphere; the 22-year-old Norwegian singer-songwriter better known as girl in red just seems predisposed to speaking openly, without fanfare or insecurity, about her truths — even if it’s with her camera off to a stranger who’s thousands of miles away on the other side of the world.

Over the past three years, the Oslo-based songmaker has become one of the most influential young stars in the world. Her cinematic bedroom pop songs about queer young love and angst — delivered with a naked relatability that’s felt unprecedented — have resonated with several millions of young people around the world. Early songs like 2018’s “girls” and “we fell in love in october” have seemingly been universally adopted as queer anthems. (“I blast this almost everyday and somehow my parents still think I’m straight,” a comment on YouTube remarks.)

if i could make it go quiet, Ulven’s long-awaited debut album, finally arrives Friday, released independently via her own World in Red label and AWAL. It contains some of the bleakest and angriest music she’s ever released, largely written and recorded during the difficult last year. On single “Rue,” she sings over pulsing synths, “I remember you stayed up all night to make sure I was alright,” an allusion to the nights spent with her sister. Loosely inspired by Zendaya’s character on Euphoria, the track is one of the darker offerings on the record, but her ethos of relatability remains constant. “I know this is happening to someone else now,” she says. “If I am Rue, there are going to be so many Rues. You know?”

Despite what one may assume, Ulven did not have a very musical upbringing. “We didn’t have one instrument,” she says, thinking back to her childhood home in the small Norwegian town of Horton. Her earliest musical appetite largely consisted of what was on the radio: American exports like Taylor Swift, Beyoncé, and Hannah Montana. “I was really just a passive listener,” she says. That changed when she was 14, when the 2012 film Perks of Being A Wallflower entered her life.

Set in the ‘80s, the movie opened up an entire decade of music previously unknown to her. When the credits began rolling, she wrote down all the songs that were used in its soundtrack and searched them on YouTube, wholly obsessed. “I thought the ‘80s aesthetic was really cool,” she says. That same year, her grandfather gifted her her first guitar, and she soon began covering Swift and Justin Bieber, and, eventually, writing her own songs. By 2015, she was uploading her originals to Spotify and SoundCloud under the name girl in red.

The earliest recordings from Ulven you can find online are vocal-free acoustic guitar and piano songs with sweet and melancholic melodies. But it wasn’t until she started singing along that her songs began quietly gaining traction online. The songs she wrote in her bedroom were hazy little numbers with lyrics that vocalized all the thoughts people tend to keep in their heads. Her breakout single, “girls,'' was an unabashed declaration of her sexuality. “They're so pretty, it hurts/ I'm not talking 'bout boys, I'm talking 'bout girls/ They're so pretty with their button-up shirts,” she wails over crashing drums and guitar.

In comparison to the songs on if i could make it all go quiet, “girls” now feels innocently green. The record’s 11 tracks, no longer lo-fi but glossily produced, trek deep into the recesses of Ulven’s mind, a place filled with fear, anger, horniness, and lovesickness all in equal measure. On “Apartment 402,” a quietly shuffling piano ballad, she directly confronts her fear of expiring: “Is there a way out after all?/ If I lose my grip and fall, will I die?” On “hornylovesickmess” she is, well, just that, singing about how long she’s been (involuntarily) celibate over a perky pop beat. On “Did U Come,” the angriest song on the record, she confronts a past lover about the sexual prowess of her new partner — “How many times? Tell the truth/ Wait, nevermind.”

“I've just been getting to know myself in ways I didn't know myself previously,” Ulven says. “Going from 18 to 22, you don't feel the same way about things. I feel I have a deeper understanding of my mental health and automatically, the writing also becomes a little bit more like... it goes further down the road.” The time-lapse is also reflected in the record’s sound and production, which gleams in sharper technicolor than her previous releases. Overall, it’s an effort that proves Ulven’s musical spirit and songwriting capabilities go beyond the LGBTQ anthems that have long been associated with her name.

Though the pandemic is still raging on, Ulven’s inner battle has quieted down. “I'm in a much better place right now,” she assures me. She got a dog this past year, Luna, that’s helped tremendously, and she’s seeing a therapist. These days, simple pleasures like drinking coffee or having a good slice of bread are enough to make her happy.