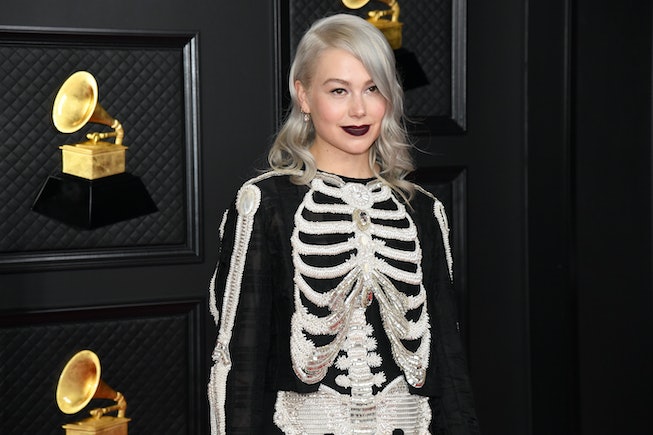 Phoebe Bridger’s smashed SNL guitar was sold at the GLAAD Media Awards auction on Sunday, for an impressive $101,500. Bids had remained in the low five figures in the first few days of the auction, but deep-pocketed fans drove the prize up in a bidding frenzy on the final day.

“I know she has a loyal fan base,” Anthony Ramos, the supervising producer of the GLAAD Media Awards, told Variety. “Saturday night when I went to bed, it was around $18,000, and I was like, ‘That’s a great number!’ I was kind of hoping we would get to 25. Then I woke up and it was 40, then 50, then 80, and finally over 100. Obviously we were very pleasantly surprised. I’m so thankful someone wanted to support our work and wanted that guitar so badly.”

Phoebe Bridgers’ Saturday Night Live performance will now have been for a good cause: GLAAD has announced that it will auction off the singer’s smashed guitar from the February 6 show.

The guitar, which Bridgers used to perform Punisher’s “Kyoto” and “I Know The End” before smashing it on the SNL stage, will be auctioned off at the 32nd Annual GLAAD Media Awards on April 8, hosted by Niecy Nash. Nash’s wife Jessica Betts, Chika, Sabrina Carpenter, and Rebecca Black will all perform at the event.

The cast of Glee will also reunite at the ceremony, introduced by Demi Lovato, to honor the late Naya Rivera and her groundbreaking character on the show, Santana Lopez.