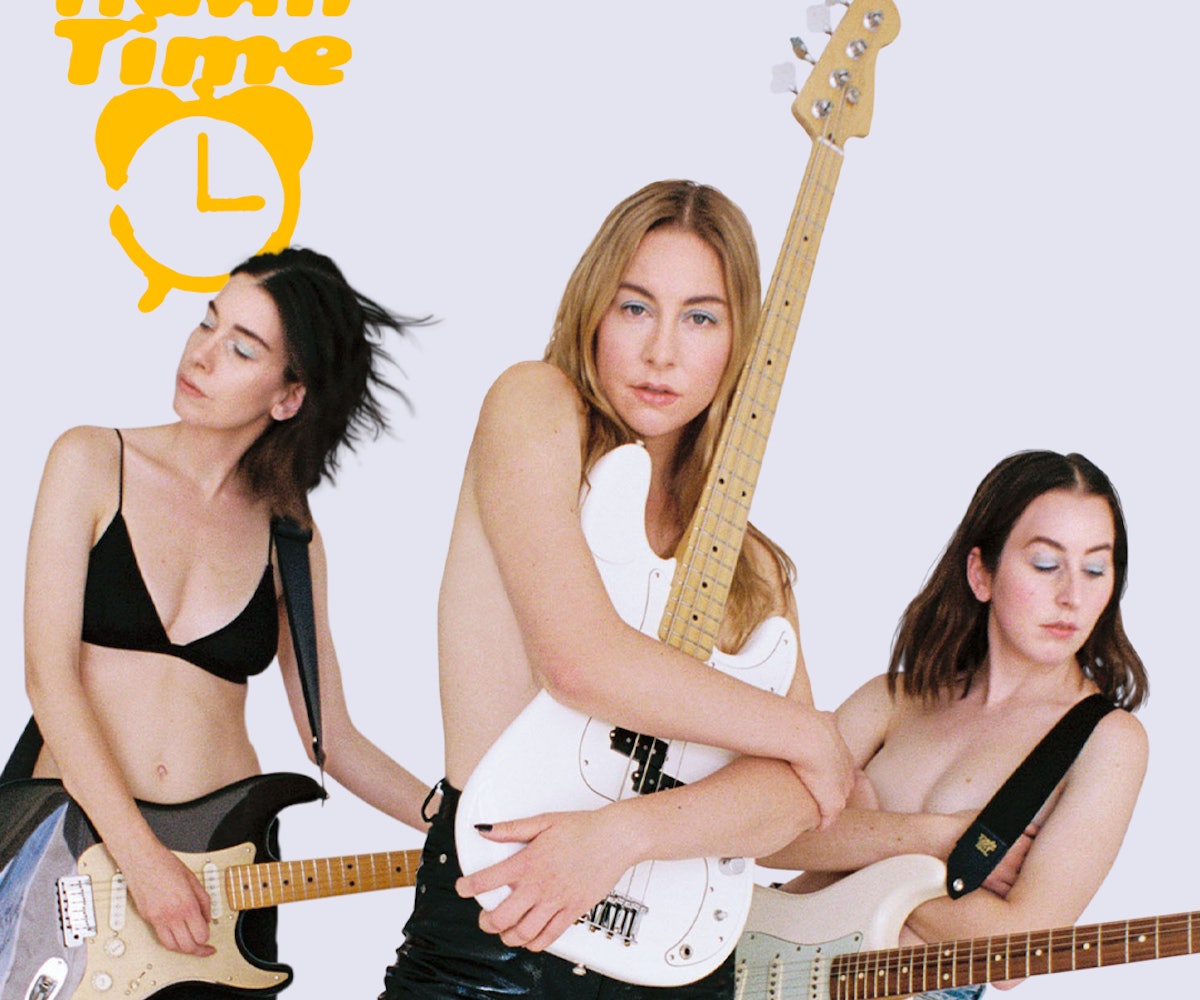 Back in 2015, HAIM debuted HAIM TIME, an Apple Music radio show where they DJ'ed and discussed their favorite records, from Shania Twain to Madonna and Drake. Five years later, and the sister trio are bringing it back, this time with a slight change in format. The second season of HAIM TIME will dive into the makings of their latest album Women In Music Pt. III and "discuss the realities of making and releasing music in quarantine[,] featuring heartfelt advice, surprise guests, and spirited reviews of LA’s best delivery food," states a press release. The show will be bi-weekly and air via Apple Music on Fridays at 12pm PST. Hear exclusive snippets from the first episode featuring guests Rostam Batmanglij and Ariel Rechtshaid, below.

HAIM released their third studio album, Women In Music Pt. III, in late June to critical acclaim. They earned praise for the record's expansive sound and vulnerable writing on songs like "Summer Girl," which was written after Danielle's boyfriend, Rechtshaid, was diagnosed with cancer. It turns out Bono is also a fan of the tune, as Batmanglij reveals in HAIM TIME's first episode.

"I remember I wanted Bono on the song and Danielle was like, 'Oh yeah, I text with him.' And I was like, 'What?'," he says. "And she was like, 'Yeah, yeah. He's really cool.' And I'm like, 'Yeah, of course he's cool.' And then, so next thing I know, we get to the point where we have a version of 'Summer Girl' that doesn't have a bridge and we send it to Bono and Bono says the nicest shit ever [...] We're like on cloud nine."

Elsewhere in the episode HAIM deconstruct the album track-by-track and explain how each song came together, like how "I Know Alone" was written during a 30-day challenge of Danielle writing one song every day, and how "Another Try" came from a page out of Alana's diary.

"We’re so excited for the return of Haim Time," the band told NYLON over email. "It’s been such a blast to share more stories about our new record and catch up with some of our favorite people on this show, we can’t wait for everyone to listen!”

Tune into the premiere on Friday July 10 at 12pm EST on Apple Music.

On "Leaning On You"

On "I Know Alone"

NEXT UP
Entertainment
FLO Is Headlining Their First US Tour This Spring
Entertainment
19 Niche Music Festivals For Every Type Of Person
Entertainment
Meet Amy Allen, The Grammy-Nominated Songwriter Behind Pop's Most Honest Hits
Entertainment
Muni Long On The Grammys, Burnout & Not Worrying About The Labels
Style + Culture, delivered straight to your inbox.