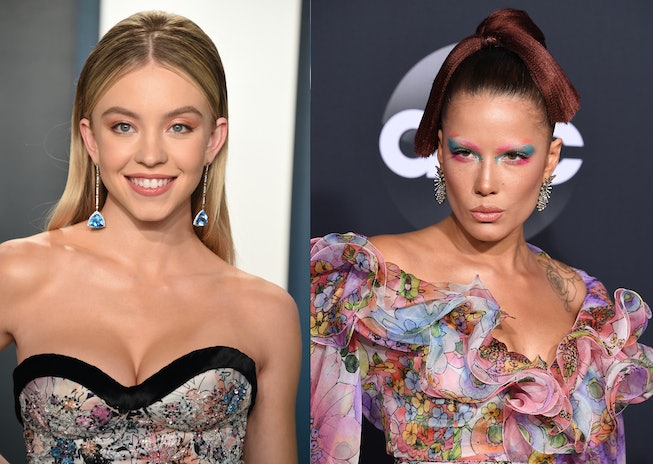 A mysterious murder, secret societies, disturbed young adults — you know a dark teen drama is coming. Euphoria's Sydney Sweeney and singer-songwriter Halsey (in her major acting debut, no less) announced their roles in the forthcoming prep school thriller adaptation series The Players Table, based on the best-selling novel They Wish They Were Us by Jessica Goodman.

A ritzy and exclusive Long Island prep school serves as the moody backdrop for The Players Table. Sweeney plays high school senior Jill Newman, a girl eager to solve the mysterious death of her best friend. Jill believes that the school's secret society — known as the "players" — had a hand in it, and when Halsey's Rachel Calloway shows up, she begins confirming Jill's suspicions.

Rachel has her own beef to clear up; as a former "player" who eschewed the society as well as her affluent lifestyle upon graduation, Rachel is back in town to exonerate her younger brother, Graham, who's been framed for the murder. Rachel, like all fictional teen bad girls before her, is emotionally troubled, but proves to be just the ally Jill needs in her sleuthing process.

Halsey and Sweeney first linked for Halsey’s music video for “Graveyard.” The two hit it off big time, to the point that Sweeney reached out about the project with hopes of work together again. Sweeney will executive produce the in-development The Players Table under her newly-launched under her Fifty-Fifty Films, and Halsey will also produce.