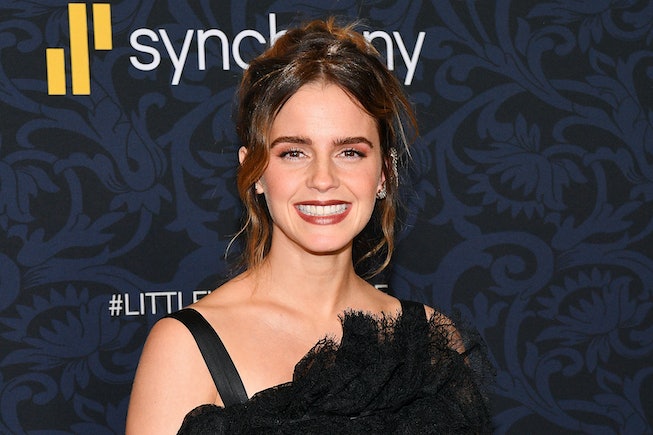 After the internet caught producers accidentally using a childhood photo of Emma Roberts in lieu of Emma Watson for HBO’s Harry Potter 20th anniversary reunion special, Watson has now weighed in on the mishap.

Posting Roberts’ baby pic to Instagram, Watson wrote, “I was NOT this cute, @emmaroberts,” adding an “emmasistersforever” hashtag.

Producers re-edited the special to fix the mistake after it was pointed out by fans online and quickly went viral.

"Well spotted Harry Potter fans! You brought an editing mistake of a mislabeled photograph to our attention. New version is up now," producers said in a statement provided to Fox News.

Twenty years ago, we were introduced to the magical world of Harry Potter and on Saturday, January 1st we were able to experience it yet again. HBO Max premiered their highly-anticipated reunion special, Harry Potter 20th Anniversary: Return to Hogwarts to the franchise's avid fan base — and while Potterheads watched closely from home, they caught and exposed one small but hilarious mistake.

Towards the beginning of the special, producers shared throwback photos of the cast. Somehow Emma Watson, who played Hermione Granger, was confused for Emma Roberts, whose childhood picture was displayed instead.

One particularly observant fan called out the mix-up on Twitter, writing, “GUYS HELP THAT’S LITERALLY EMMA ROBERTS NOT EMMA WATSON.” The photo shows a young Roberts sitting at a dining room table in Mini Mouse ears, and while it is very cute, it’s simply the wrong actress.

Neither Roberts or Watson has commented on the mistake, but that hasn’t stopped fans from giving their two cents. Since the reunion’s premiere, people have found the original photo on Roberts Instagram and flooded it with comments.

Since then, the film's producers addressed the error in a statement to E!. “Well spotted Harry Potter fans! You brought an editing mistake of a mislabeled photograph to our attention,” they said. “New version is up now!”

All mistakes aside, the reunion was a delightful walk down memory lane. Throughout the special cast members were interviewed and spoke with each other about their time working on the franchise. During those discussions, Watson revealed that she considered quitting her role at one point.

“I think I was scared. I don’t know if you ever felt like it got to a tipping point, where you were like this is kinda of forever now,” she told co-star Rupert Grint.

Luckily the actress changed her mind and kept her role. Harry Potter simply wouldn’t be the same without her, and the casts dynamic chemistry. “No one had to convince me to see it through,” Watson clarified. “The fans genuinely wanted you to succeed, and we all genuinely have each other’s backs.”

If you missed the premiere, don’t fret! You can catch up with the cast on HBO Max where the reunion special and film series are available to stream.