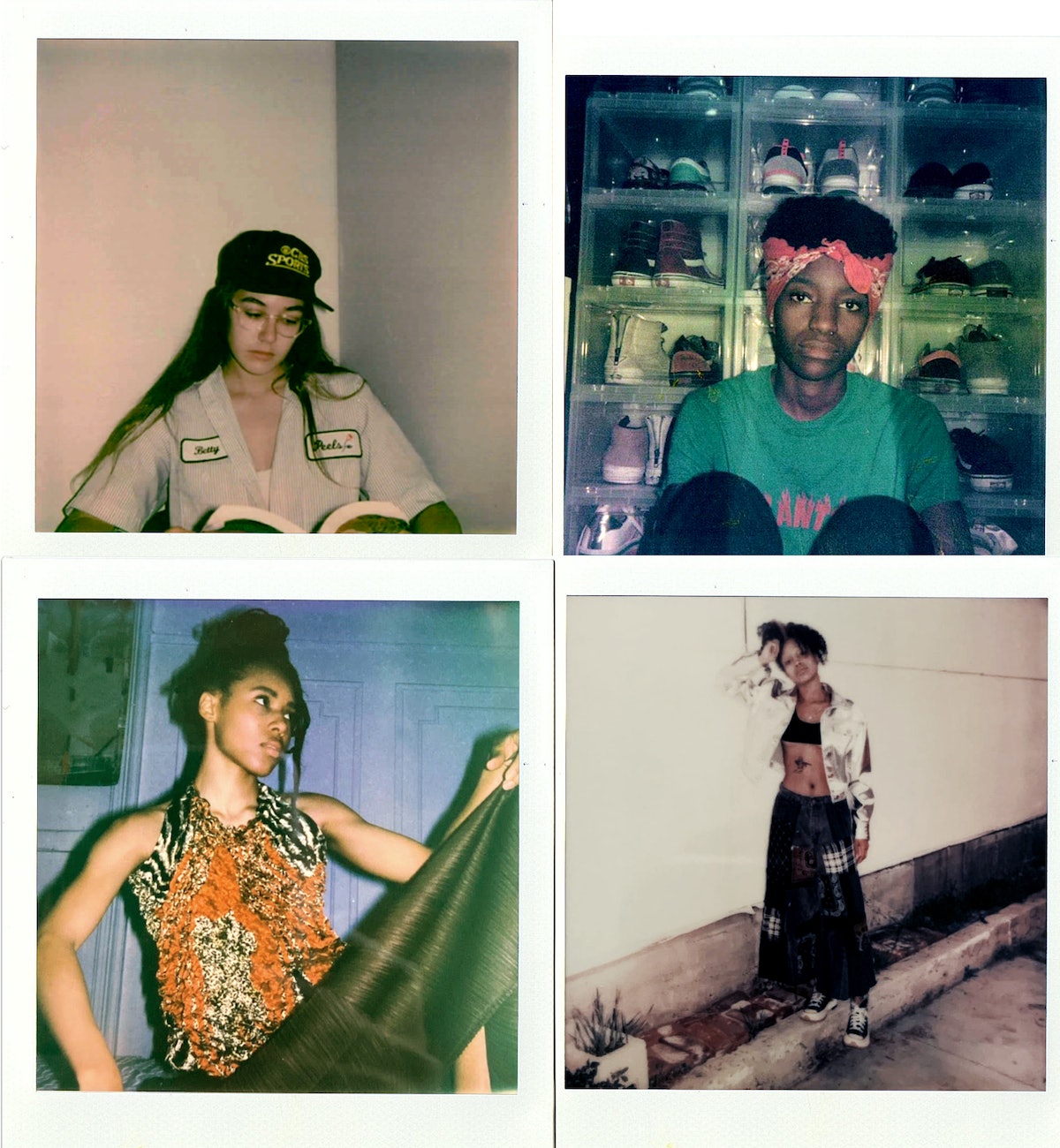 Capturing the spirit of adolescent female friendship — the inside jokes, the ebb and flow of insecurities and reassurance, the blow-ups only to be patched up hours later — is a nearly impossible feat. And yet, just 10 minutes into its first episode, Betty, HBO's new series about a group of skateboarders in New York City, makes it look easy. That's because for creator Crystal Moselle, it is: Her characters are all based on real people and real friendships.

That much is clear as the show's four stars — Rachelle Vinberg, Moonbear, Dede Lovelace, and Ajani Russell — struggle to all connect to Zoom at the same time on the afternoon of the show's premiere. Vinberg and Moonbear arrive first, in different squares despite being roommates quarantined in the same Bushwick apartment (Vinberg disappears off-screen for a split second, only to reappear in Moonbear's room seconds later to prove this to be true). Lovelace drops in momentarily, opening a bouquet of flowers that have mysteriously arrived at her own Brooklyn apartment, before disconnecting and joining again moments later, her face now covered with a protective face mask. When Russell, the group's only Los Angeles dweller, joins in, her mic is covered. "It sounds like you have a GoPro underwater," cracks Moonbear, the first of many good-natured jabs the group will throw at each other.

Betty follows up Skate Kitchen, Moselle's hit indie film from 2018 based around the same group. Moselle came up with the concept of the film after overhearing a conversation between Vinberg and Nina Moran — two members of an all-girl skate collective in New York — on the subway. The film, which starred the pair and fellow members of the collective Moonbear, Lovelace, and Russell, centered around a fictionalized version of the group. It would go on to receive almost unanimously positive reviews and now, two years later, a spinoff HBO series.

Rather than pick up where Skate KItchen left off, however, Moselle and Executive Producer Lesley Arfin started from scratch, using all the same actors (many of them with the same character names that they had in Skate Kitchen) but with completely new storylines. Much like the original film, most storylines come from real-life experiences had by the cast. "We all do play some versions of ourselves," says Vinberg, who plays outsider Camille on the show. "Crystal was inspired by the stories we told her and things that actually happened. In some cases, we take each other's stories, basically as a way not to expose each other's identities."

Prior to filming last summer, the cast shuttled back and forth between New York and Los Angeles to spend time in the HBO writers' room to help provide insight and give feedback on certain plotlines. "My idea of a writers' room was very professional and this and that," recalls Vinberg. "This one was very chill. We were able to pitch ideas and engage in conversations, and they listened to us. Technically, we know the world better than they do, and they were aware of that. We're not shy to say, 'This is not how it would be.'"

While Betty has its fair share of laugh-out-loud funny moments (courtesy of Moran's character, Kirt), the show's six episodes also dive into some serious issues, most notably Lovelace's character Janay's #MeToo-adjacent storyline that unfolds during the back half of the season, culminating in Janay confronting her best friend and ex-boyfriend Donald, played by Caleb Eberhardt. "My hardest scene was the one with Donald," Lovelace says. "I did a lot of preparing with our acting coach for that. I had to dig really far deep into myself and into Janay and make specific choices for her to get her to that point. It was a lot of 'sensory work,' which is what she calls it."

For Russell, an uncomfortable scene where her character Indigo finds herself on the set of a racially insensitive photo shoot came from personal experience. "That was wild to see it manifested, and also scary in how similar it felt to the actual experience," she says, adding: "It is a little traumatizing going to those places, but I'm motivated by the fact that these are stories that need to be shared and perspectives that haven't been given this platform before. It's important that we are sharing our stories, ourselves."

Understandably, at some points the lines between fiction and reality became blurry — particularly when "set" is the skatepark you hang out in normally with your friends, who happen to also be your castmates. "When you're working with your friends, it's hard to get to certain places," says Vinberg. "When they say 'cut,' you have to reset your friends telling you a joke." Now that the show is out, that feeling is only intensified when watching it all play out on screen. "It's hard to watch yourself and your friends," she continues. "We know each other so well. It’s so cringey sometimes."

"Watching Moonbear is so funny," chimes in Russell. "We get to see your whole range of emotion and it's taken me four years to see more than two facial expressions."

"Wow! Coming for me like that," Moonbear throws back.

Ostentatiously, a premiere week should involve some sort of glamorous red carpet premiere. Given the current circumstances, the days leading up to the May 1 debut were decidedly less fancy — not to mention both Vinberg and Russell had finals to (virtually) complete. Moonbear, meanwhile, has been busying herself with video games. For all of the girls, this is typically prime skateboarding time, with the weather warming up in the city and trees starting to bloom. "It feels weird to skate," Moonbear says. "I want to skate, but it’s not the same as I would be skating as if it were spring normally."

Russell, in LA, attempted it a few days prior "but I hurt myself," she says, flashing a bruised knee at the screen. “It happened two days ago. I went outside and thought, ‘I haven’t skated in a while, so let me warm up.’ I did one ollie and one 180. I landed it and then I fell right on my knee. And now I can’t skate.”

The irony of the fact that this happened now — as opposed to while shooting a TV show that required them, and 200 extras, to skateboard every day, is not lost on the group. In fact, Vinberg confirms, there wasn’t a single injury during filming. “Which is crazy, because on Skate Kitchen there definitely were.” She scans her surroundings. “I’m trying to look for a piece of wood to knock on.”