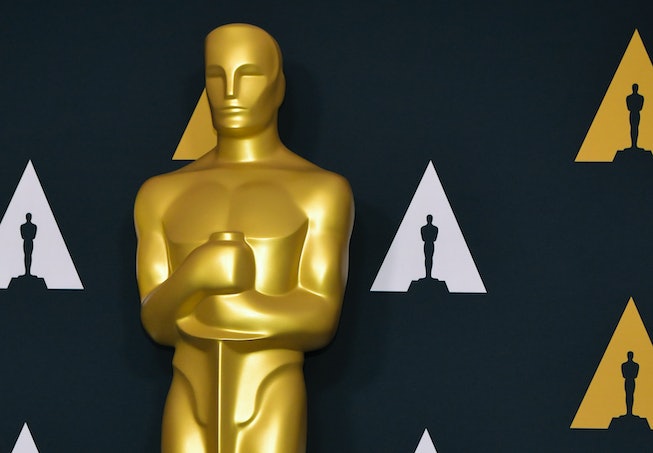 The 94th Academy Awards, otherwise known as the Oscars, are right around the corner and this year comes with a couple exciting changes. For the first time ever, three women will host the event. Meanwhile fans, rather than just taking to Twitter to discuss and complain about Oscar results — can use the app to vote for their favorite film of the year. Beyoncé and Billie Eilish have also been announced as performers, heightening excitement for the big night.

As usual, the nomination list has created quite the buzz. Kristen Stewart may finally get the recognition she deserves for her performance as Dianna Spencer in the historical drama Spencer. And in an odd twist of events Adam McCays star studded, end-of-world, comedy Don’t Look Up made its way into the Best Picture category.

With the full list of nominations out, venue secured, and premiere date established, the Oscars are gearing up to be the most talked about event of the season. Catch up on everything you need to know about this years ceremony, below

When are the Oscars?

This year the Oscars will take place on March 27th. The event, as usual, will be held at the Dolby Theater in Los Angeles. Typically the award ceremony is held in February, but The Academy had to push the event due to COVID-19 complications.

Who is hosting the Oscars?

A comedic trifecta will emcee the Oscars this year. Regina Hall, Wanda Sykes, and Amy Schumer are all confirmed as hosts. According to Variety, Will Packer, the event's producer, is working through their performance schedule. A “three-act” structure is currently a top contender, which would give each comedian their own hour of the show to cover.

This is the first time three women have been asked to host the film ceremony. Schumer, Sykes and Hall all posted the news on Instagram.

Who is performing at the Oscars?

On Wednesday, March 23rd it was announced that the following Original Song nominees would be performing: Beyoncé (“Be Alive” from King Richard), Billie Eilish & Finneas (“No Time To Die” from No Time To Die), Reba McEntire (“Somehow You Do” from Four Good Days) and Sebastián Yatra (“Dos Oruguitas from Encanto)—

Who is presenting at the Oscars?

Each year The Academy — an organization of filmmakers — chooses their favorite movies and performances of the year for an array of categories. Then they vote on the winners who are later announced during the ceremony.

This year has ten contenders for the coveted Best Picture prize, including: Drive My Car, Nightmare Alley, Don’t Look Up, Dune, Belfast, Licorice Pizza, The Power of The Dog, West Side Story, King Richard, and Coda.

Head here for the rest of the nominations.

Oscar nominations are always finicky. Though many wonderful films, and actors, were recognized this year, others were seemingly forgotten.

Despite House of Gucci being a fan-favorite, neither Lady Gaga or Jared Leto were nominated for their campy performances. The film, however, was included in the makeup and styling category. Other notable snubs include: The French Dispatch (directed by Wes Anderson) for Best Picture, Ruth Negga for Best Supporting Actress in Passing, and Jennifer Hudson for Best Actress in the Aretha Franklin biopic Respect.

This year the Academy is open to hearing some feedback from fans, with the addition of a new Twitter-based category. Starting this week, Twitter users can vote for their favorite movies of the year with the hashtag #OscarsFanFavorite. Any and all films released in 2021 are eligible, which may allow for some Oscar snubs to work their way back into the event.

The voting period ends on March 3rd and the winner will be announced during the ceremony. Though it's not a “real” Oscar category, this is the first time viewers have any say in the Academy-led event.

According to The Hollywood Reporter, three Twitter users will also be selected and given an all-expense-paid trip to attend the Oscars and present an award during the show.

Where can you watch the Oscars?

The Oscars will be broadcast live on ABC at 8pm ET / 5pm PT. Anyone without cable can steam it through the ABC app.