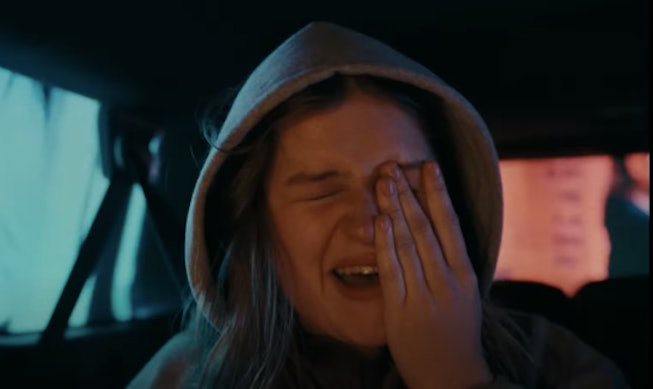 It feels surprising that it’s only been a year since Norwegian singer-songwriter and producer Marie Ulven, aka girl in red, released her debut album if i can make it go quiet. In that time, her music has made its mark with listeners both at home and on the road, as it’s been streamed more than a billion times and Ulven brought the album with her around the US on a recent sold out tour.

There’s a certain emotional bluntness to Ulven’s lyrics, paired with a capacity for deep introspection mixed with a rich sense of humor that makes her music feel personal and layered. It makes sense then that she teamed up with fellow creator-from-the-heart, Euphoria’s Hunter Schafer, for the “hornylovesickmess” video.

﻿“‘hornylovesickmess’ is one of my favorites off the album,” Ulven said in a release. “Being able to make a video with Hunter for the album’s anniversary was so cool. We had so many ideas after the first time we hung out and it was cool to be with another creative in that way. it was also fun to be on set with her and get her vibe as a director.”

In Schafer’s directorial debut, girl in red finds herself longing for a past lover on the road as she reckons with her own bad behavior and the feeling of wanting her old flame back while recognizing she treated her “like trash.” Watch the video below, and read on for newly announced tour dates for girl in red:

girl in red will be playing Lollapalooza, Osheago and Mo Pop festivals this summer. She has also announced a run of rescheduled US dates for this September: