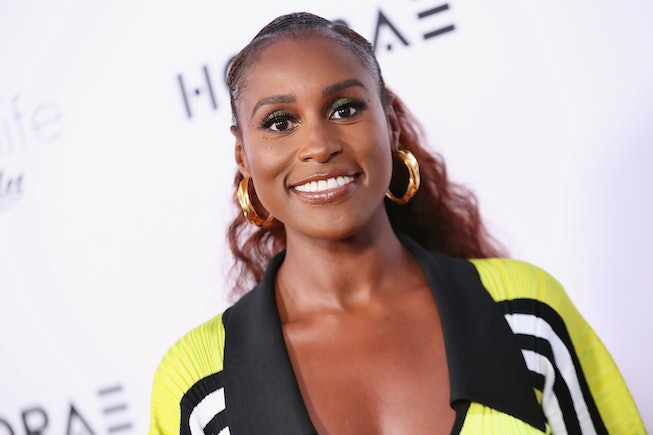 Issa Rae has a new project in the works. Following the success of her HBO hit series Rap Sh!t, Insecure, and the unscripted Sweet Life, the actress and producer will try her hand at producing, directing, and starring in a new film remake.

Up next on Rae’s growing slate is an American adaptation of the Italian Perfect Strangers. The film is based on director Paolo Genovese’s original feature Perfetti Sconosciuti, which was released in 2016. The film follows a group of friends who meet up for a dinner party. What starts off as a normal night quickly goes awry when one guest suggests the group play a risky game. The rules are simple: everyone has to place their phone face up on the table and share all incoming texts and phone calls publicly throughout the night.

Rae originally announced that she was working on adapting Perfect Strangers for an American audience in 2019. Production details for Rae’s Perfect Strangers are still largely under wraps. In an announcement for the film, Rae said, “I’m really looking forward to bringing this funny and compelling story to a new demographic and could not be happier about partnering with Spyglass team to make it happen. I loved the original film and think the story will resonate with audiences here as well.”

Rae’s production partner Ben Ammar also expressed his excitement, when they first joined forces. “I am proud to be working alongside our partners at Spyglass and the immensely talented Issa Rae on this socially resonant and provocative comedy that not only became a success in Europe but went on to capture the attention of audiences around the globe.”

While Rae works on bringing Perfect Strangers to life, the producer's reality series Sweet Life is nearing the end of its second season.