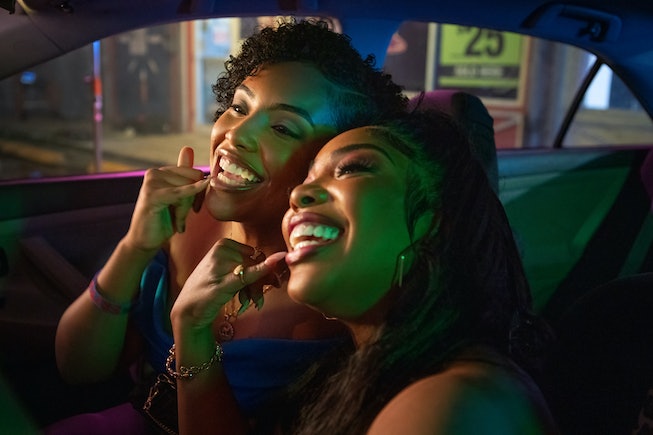 It’s been half a year since we said goodbye to HBO’s consistently great Insecure, and while nothing could ever possibly fill the Issa Dee-sized hole that will now permanently reside in our hearts, we can get excited to fill the Issa Rae-sized hole in hearts very soon. As early as next month, in fact, when HBO Max debuts Rap Shit, the next comedy to emerge from Rae’s brilliant mind — and a show I’ve been anxiously awaiting since the streaming service’s launch.

Roughly based on the story of Miami’s official Pussy Talkers, the hit-making duo City Girls (both of whom are involved as consultants on the project), Rap Shit follows Shawna and Mia, two estranged high school friends from Miami who reunite to form a rap group. Keep It podcast host Aida Osman plays Shawna, “an aspiring rapper that hasn’t seen success and continues to work her day job at a touristy hotel,” according to Variety. Starring opposite her is rising rapper and Love and Hip-Hop: Miami star KaMillion, who plays Mia, “a makeup artist and a single mother to a four-year-old daughter that works three jobs to make ends meet.”

In the first trailer for the upcoming series, tweeted out by Rae yesterday afternoon, we are introduced to Shawna and Mia as they sit next to each other in a car, broadcasting themselves to 50-ish followers on Instagram Live. As an instrumental beat plays, Shawna breaks out into a freestyle while Mia hypes her up. “We should start a rap group,” Mia says. And then, boom.

After the suggestion is tossed off, the duo set out on their path, and soon, they’re recording in the studio, twerking at strip clubs (and on mall escalators), posing on red carpets, and performing live for seemingly eager audiences. “We got the opportunity to have a good time,” Mia says late in the trailer. “We in the middle of a Bad Bitch Renaissance!”

Check out the first trailer for Rap Shit below. The new comedy premieres July 21 on HBO Max.