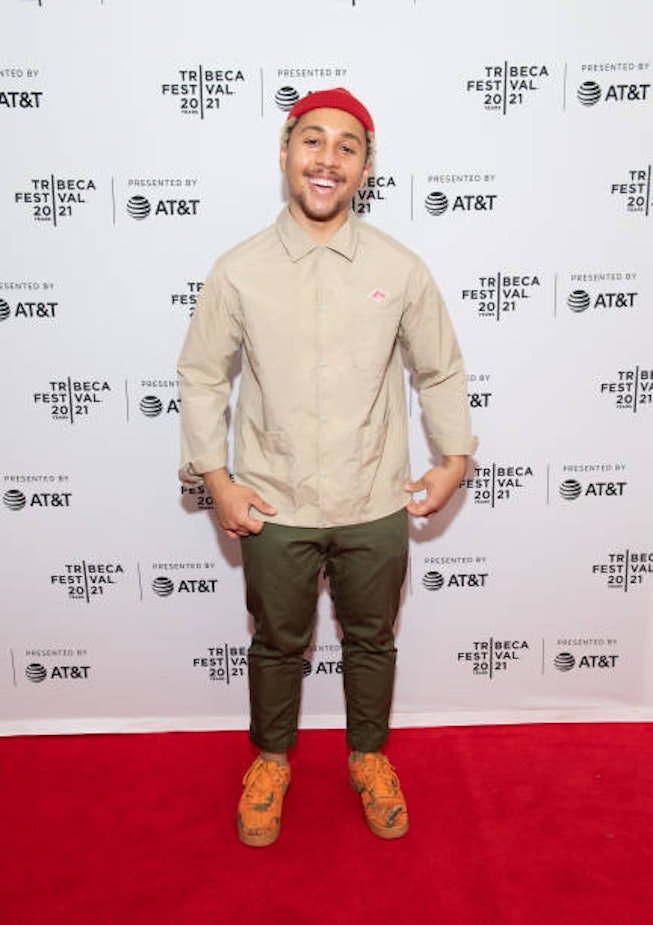 It’s been almost two years since the world lost Juice WRLD, one of the most exciting new voices in hip-hop. The opiate overdose of the promising 21-year-old musician hit us all hard, and no matter how much time seems to pass, processing his woefully premature death never seems to get any easier. For many fans, however, returning to Juice’s insightful and sensitive discography has been a godsend, affording us all a healthy way to cope with his absence — which is why it’s so exciting to hear that the late rapper’s music will soon be immortalized in an animated feature written by Jaboukie Young-White.

Currently untitled, the upcoming feature will be “inspired” by the music of the gone-too-soon musician and, more importantly, seems to already have the blessing of Juice WRLD’s family and friends, as his mother, Carmela Wallace, his manager, Peter Jideonwo, and his Grade A label head, Lil Bibby, have all signed on to serve as executive producers. John Janick, Steve Berman, and Tony Seyler will also serve as executive produce on behalf of Interscope Films.

This freshly-announced project is one of several currently being developed by Modern Magic, a soon-to-launch media company presided over by former MGM Co-President of Production Adam Rosenberg and the recent Spider-Man: Into the Spider-Verse Oscar-winning writer/director Rodney Rothman. According to Deadline, Modern Magic “will look for new ways to captivate a global audience” by partnering with “a diverse group of creatives, ranging from world-class artists, writers, directors, musicians, and technicians to the up-and-coming class of breakthrough creatives.”

In addition to Young-White’s Juice WRLD feature, Modern Magic already has 20 other projects in various stages of development across film and TV. Amongst them is a currently-untitled “offbeat, subversive, live-action feature (in the action-comedy genre)” written by A Black Lady Sketch Show’s Quinta Brunson, and Nuevo Rico, an animated feature “set in a psychedelic future version of Puerto Rico [where] a brother and sister stumble upon a secret that propels them to Reggaetón stardom,” which is based on Kris Mercado’s recent award-winning SXSW short film.

The Juice WRLD feature is the second major project Young-White has been connected to as of late. Last month, The Hollywood Reporter announced that the celebrated comedian would be adapting Vanessa R. Panfil’s book The Gang’s All Queer: The Lives of Gay Gang Members for an upcoming HBO show. The currently-in-development project — which would follow “a closeted 20-something in Chicago who, grieving a gang-related death, ditches college to find closure” — is being executive produced by Issa Rae under her HBO-based Hoorae production company.

Between the HBO project and the very promising-sounding Juice WRLD feature, it’s clear that the otherworldly talented Jaboukie Young-White is well on his way to becoming Hollywood royalty. But more excitingly is the news that the young comedian is dedicating his time to projects that really seem to speak to something real, true, and powerful. Whether he’s penning a drama about queer gang members or scripting an animated feature inspired by the beautiful music of a late musician who was taken from this world way before his time, Young-White is paving a new path in Hollywood — and we can’t wait to see what comes next.