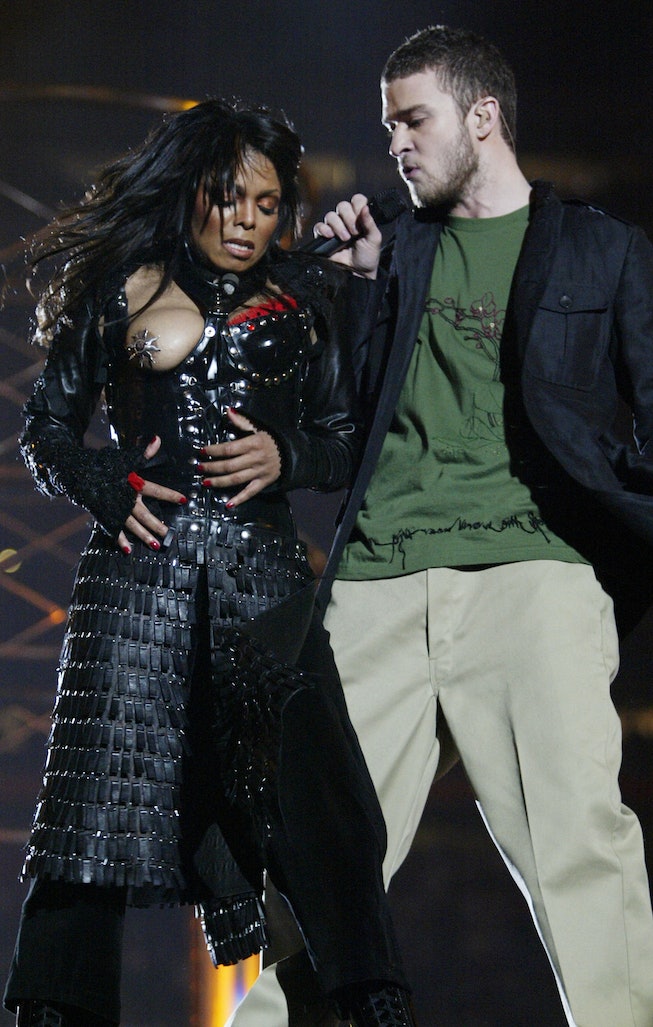 In February 2004, Janet Jackson took to the iconic Pepsi Super Bowl Halftime Stage in Houston, Texas to perform alongside fellow superstar Justin Timberlake for what was meant to be a typically chaste (but nevertheless entertaining) affair suitable for CBS’ family-oriented audience. Instead, the night concluded with Jackson deeply embroiled in serious controversy after Timberlake ripped a piece of fabric off her clothing, accidentally revealing Jackson’s breast to an audience of 140 million. (Despite doing the ripping, the controversy somehow evaded Timberlake.) Given how it derailed Jackson’s career, the incident, widely referred to as “Nipplegate,” has been a subject of intense fascination for years — and now, almost 18 years later, FX and Hulu will explore it (and its aftermath) in a new documentary, coming next month.

Cheekily titled Malfunction: The Dressing Down of Janet Jackson, the upcoming documentary is directed by The Jacksons: A Family Dynasty’s Jodi Gomes, will include rare footage, and is said to “examine the racial and cultural currents that collided on the Super Bowl stage,” according to Deadline. Featuring interviews with some of the people manning the control decks in Houston that night (including executives from MTV and NFL), music industry insiders, cultural critics, and even some members of the Jackson family, the film will reportedly “reconstruct an incident that shook the country and explain how it shaped culture in the decades to follow” while also exploring “how the incident impacted one of the most successful pop musicians in history.”

Malfunction hails from the ongoing New York Times Presents... series, better known as the same team behind this February’s breakout Framing Britney Spears. As you’ll probably recall, that sobering documentary sensitively explored the media circus that encircled Spears as a child star thrust into the spotlight, helping to provide proper context for the incidents that would eventually land the singer under an abusive conservatorship in a way no story had ever made space for before; one can only hope that Malfunction will do the same for Miss Jackson, who was unfairly villainized in the media following the 2004 Super Bowl, even though it was both unintentional and involved another party. (Whether Janet will feel better about her portrayal in the documentary than Britney felt about hers in Framing is still to be determined.)

Malfunction: The Dressing Down of Janet Jackson premieres on FX and Hulu on November 19.