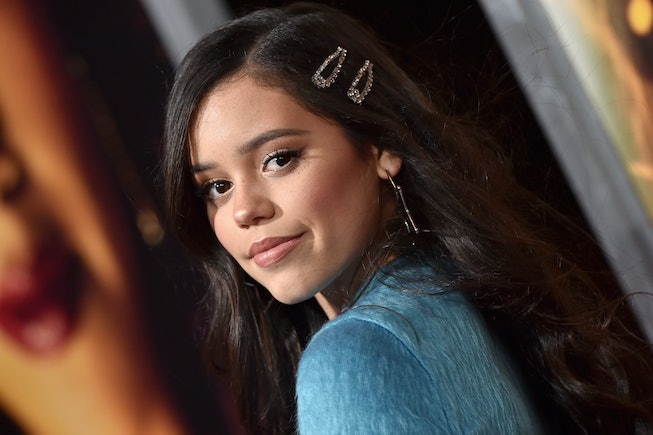 If Jenna Ortega is anything it’s booked and busy, and it doesn’t look like she’s slowing down anytime soon. The 19-year-old actress — and NYLON It Girl — has officially joined the cast of Miller’s Girl, adding yet another film to her growing roster.

According to the synopsis, Miller’s Girl tracks what happens when “a creative writing assignment yields complex results between a teacher and his talented student.” The film was written by Jade Halley Bartlett, who is also directing the feature. Bartlett’s screenplay for Miller’s Girl was featured on the 2016 Black List, an annual ranking of the best scripts of the year that have not been produced. This will be her first time serving as both the head writer and director of a film.

Miller’s Girl appears to be in its early stages, so most of the production details are still under wraps. What we do know, however, is that Ortega is starring alongside English actor Martin Freeman (The Hobbit) in the film. Miller’s Girl is tied to Point Grey Pictures and Lionsgate Motion Picture Group. Erin Westerman, the President of Production at Lionsgate, expressed her excitement for viewers to see what they have all been working on.

“While we are excited for the movie to speak for itself, the level of talent assembled for this special film is a testament to Jade, whose screenplay lures you in with her dazzling voice. And then eats you alive,” she said. The rest of the cast has not been revealed but if Ortega and Freeman are any indications, the call sheet for Miller's Girl is surely stacked with an impressive list of performers.

Aside from Miller’s Girl, Ortega is set to appear in a variety of projects over the next year. The actress is starring as Wednesday Adams in Tim Burton’s upcoming Netflix series Wednesday, along with the next chapter of Scream, and the crime thriller Finestkind for Paramount+.