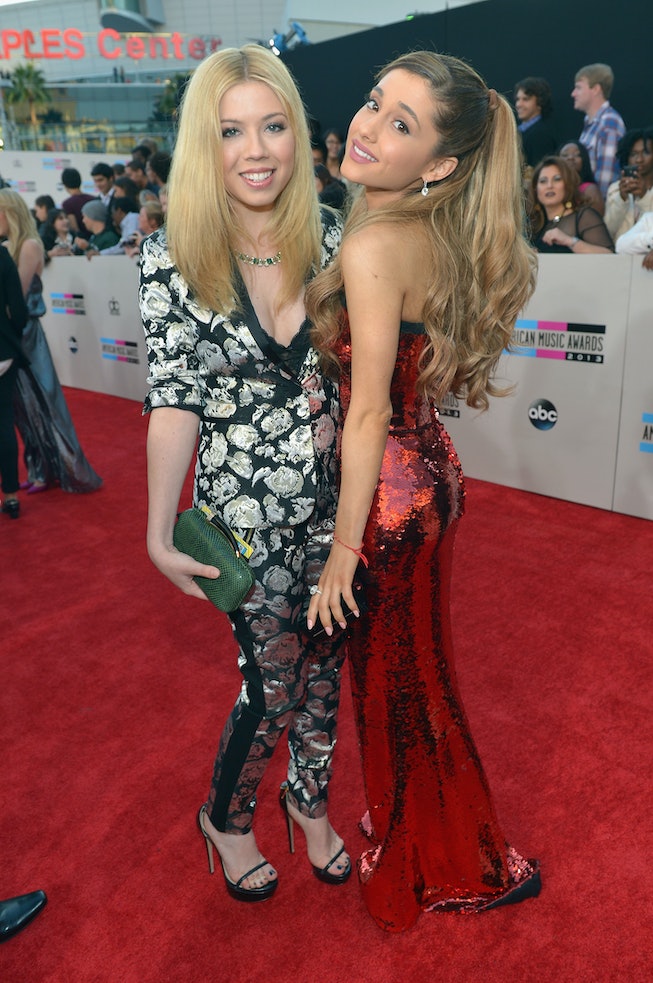 Jenette McCurdy’s revealing memoir I’m Glad My Mom Died is here, and it’s full of brutally honest anecdotes about her upbringing and life as a child star. In one section of the book, McCurdy opens up about her experience filming Sam & Cat — the Nickelodeon spinoff of iCarly and Victorious — and admits she was jealous of her co-star, Ariana Grande.

When McCurdy and Grande began working on the show, they were at a turning point in their careers. Both women had starred in successful children’s series and were eager to work on new projects, but McCurdy says she was not given the same support as Grande. In the memoir, McCurdy describes the singer as a “burgeoning pop star,” and writes that Grande was allowed to frequently miss shoots to record and promote her first album, Yours Truly. According to McCurdy, Nickelodeon did not provide the same flexibility when she was offered movie roles.

“I booked two features during iCarly that I had to turn down because the iCarly team wouldn’t write me out of the episodes to go shoot them,” she writes in the book per excerpts first cited by Entertainment Tonight. Meanwhile, when Grande needed a week off from filming Sam and Cat to prioritize music, the singer was removed from an episode and the plot was switched to have Grande’s character locked in a box to explain her absence. “Are you kidding me,” McCurdy adds, recalling the incident. “So I have to turn down movies while Ariana’s off whistle-toning at the Billboard Music Awards? F**k. This.”

According to McCurdy, their unbalanced treatment led to Grande becoming more successful. “Ariana is at the stage in her career where she’s popping up on every 30 Under 30 list that exists,” she writes in reference to that flourishing period for Grande. “And I’m at the stage in my career where my team is excited that I’m the new face of Rebecca Bonbon, a tween clothing line featuring a cat with her tongue sticking out. Sold exclusively at Walmart.”

“If I wasn’t such a good sport to begin with,” the book continues to read, “I wouldn’t be in this predicament in the first place. I wouldn’t be on this shitty show saying these shitty lines on this shitty set with this shitty hairstyle. Maybe my life would be entirely different right now. I fantasize about it being different. But it's not different. It’s this. This is what it is. Ariana misses work in pursuit of her music career while I act with a box. I’m pissed about it. And I’m pissed at her. Jealous of her.”

McCurdy then reveals that her breaking point was when Grande announced that she’d hung out with a beloved actor. “Ariana came whistle-toning in with excitement because she had spent the previous evening playing charades at Tom Hanks’s house,” she recalls. “That was the moment I broke. I couldn’t take it anymore.”

“Music performances and magazine covers... whatever, I’ll get over it,” she continues. “But playing a family game at National Treasure, two-time Academy Award-winner and six-time nominee Tom Hanks’s house? I’m done.” According to McCurdy, this incident drove a wedge between them. “So now, every time she misses work, it feels like a personal attack,” she recalls. “Every time something exciting happens to her, I feel like she robbed me of having that experience myself.”

Sam & Cat was eventually canceled in 2014. The show only ran for one season, then McCurdy and Grande went their separate ways. The singer has yet to comment on McCurdy’s book.