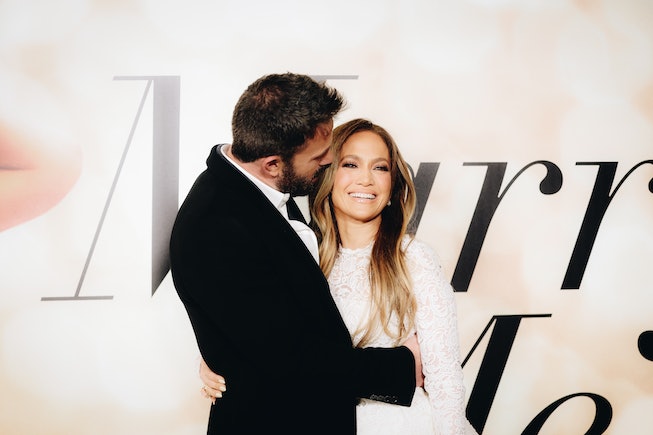 Twenty years after their first engagement in 2002, Jennifer Lopez and Ben Affleck are now husband and wife. The pair got married over the weekend at a Las Vegas chapel, and per TMZ, they got a marriage license processed in Clark County, Nevada on July 16th — making it truly official.

Lopez shared a collection of photos and thoughts via her website/newsletter, OnTheJLo, writing, "We did it. Love is beautiful. Love is kind. And it turns out love is patient. Twenty years patient."

She continued: "Exactly what we wanted. Last night we flew to Vegas, stood in line for a license with four other couples, all making the same journey to the wedding capital of the world. Behind us two men held hands and held each other. In front of us, a young couple who made the three hour drive from Victorville on their daughter’s second birthday — all of us wanting the same thing — for the world to recognize us as partners and to declare our love to the world through the ancient and nearly universal symbol of marriage."

JLo ended her post saying, "Stick around long enough and maybe you’ll find the best moment of your life in a drive through in Las Vegas at twelve thirty in the morning in the tunnel of love ... with your kids and the one you’ll spend forever with. Love is a great thing, maybe the best of things — and worth waiting for."

Lopez and Affleck broke off their first two-year engagement in 2004 — a time when both of their careers were at their height, and “Bennifer” was a household name. They both went on to get married (to Marc Anthony and Jennifer Garner) and have children with their respective former spouses, but reunited a year ago and have moved quickly since, getting engaged in April.