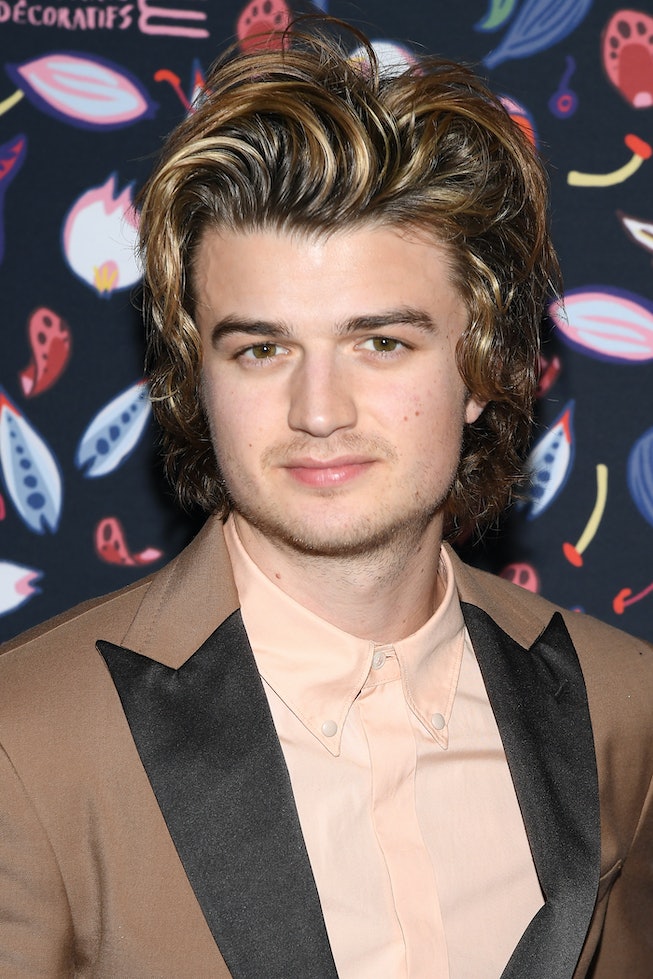 Joe Keery is a bit of a renaissance man. Between Stranger Things mania and starring in the dizzying streamer thriller Spree, Keery has also found time to front his solo music project, Djo. He released his surprise LP Twenty Twenty in 2019 with zero buildup or fanfare, and is back once again with a new single, "Keep Your Head Up."

Keery had plans to take Djo on the road this year, but was obviously thwarted by the ongoing pandemic. Instead, he went back to the studio, and thus "Keep Your Head Up" came to be. It's a vibrant psych track, equal parts spaced out and feel-good funk, with little nods to genre heavyweights Prince and George Clinton. It's hard to feel down when there's a saxophone solo, no?

While acting may make up most of Keery's celebrity, his foray into music is not on a whim by any means. He began playing music in his teens and his years at DePaul University in Chicago proved to be deeply formative. He formed Post Animal, the heavy psych rock outfit that went on to release a self-titled EP, two subsequent albums via Polyvinyl, and tour alongside indie psych rock buzzbands like Twin Peaks, Wavves and Cage The Elephant.

Listen to "Keep Your Head Up" below.