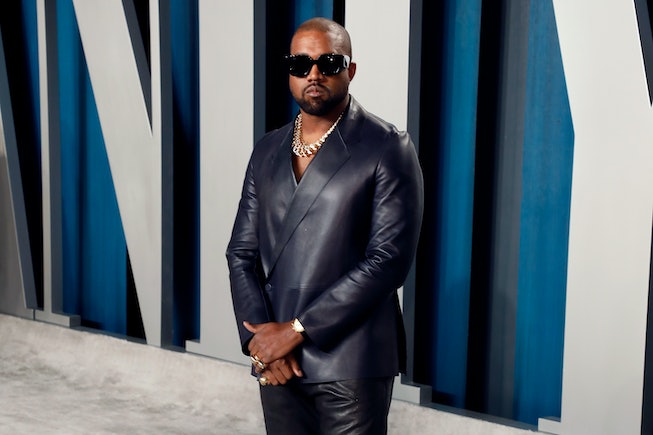 Kanye West firing off a salvo of tweets is usually met with trepidation. The rapper has a contentious relationship with the social media platform, but today's series of tweets held valuable and often secret insight into how the music industry functions. In addition to a video of him urinating on a Grammy award, West tweeted out each of his contracts, page by page, prompting a serious discussion about artists' rights within the industry.

The conversation began this morning with West expressing his frustration over music rights, and how often artists don't own the masters to their own music. "We’ve gotten comfortable with not having what we deserve," he began. "They allow us to have a little money from touring get some gold chains some alcohol some girls and fake numbers that feed our egos.. but we don’t own our masters."

West emphasized how Universal was being clandestine when it came to the cost of his masters, and how he wouldn't stop until his four children owned them. He made his stance clear from the start: "EVERYONE AT UNIVERSAL AND VIVENDI PLEASE UNDERSTAND THAT I WILL DO EVERYTHING IN MY LEGAL POWER AND USE MY VOICE UNTIL ALL ARTIST CONTRACTS ARE CHANGED STARTING WITH GETTING MY MASTERS FOR MY CHILDREN I WILL NOT STOP I PROMISE YOU IM AM PETTY AND VERY PERSONAL."

Soon afterward, West tweeted out what he alleges are every page of his many contracts. All the pages have been catalogued by XXL Mag in the event that West deletes the information. Regardless of how long the pages stay on Twitter, West knows that sharing his contract to millions of people is a radical shift in what is more often than not an industry plagued by opacity and exploitation.

"THIS MOMENT IS GOING TO CHANGE THE MUSIC INDUSTRY FOR GOOD ... I FEEL SO HUMBLED AND BLESSED THAT GOD HAS PUT ME IN A STRONG ENOUGH POSITION TO DO THIS ... EVERYONE KEEP PRAYING ... ITS WORKING ... I AM ON MY KNEES THIS MORNING."