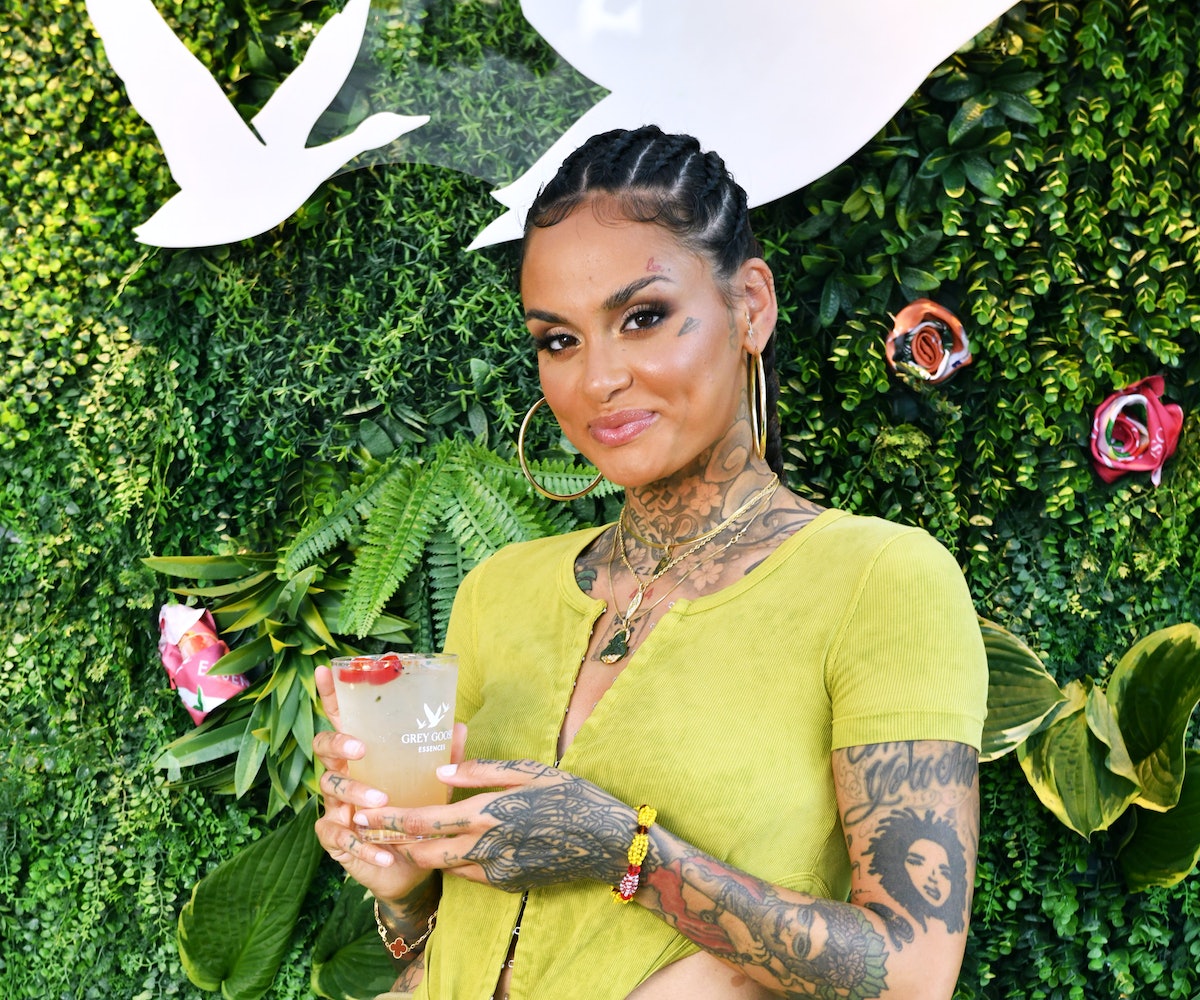 For Kehlani, the album “sounds like what surfing feels like,” a comment a friend once told them that they’ve never let go. The light and relaxed instrumental-based music is a very different vibe from her previous work, but it’s a perfect match for their latest partnership with Grey Goose’s Essence vodka, which focuses on botanicals. On Sunday, ahead of Kehlani’s first tour in over five years, she performed for fans IRL and virtually for the vodka brand’s concert Grey Goose Essences: In Bloom, Imagined by Kehlani, on Pier 17 in New York City. The whimsical, romantic album sounded like it was made for the vodka and the venue.

The rooftop setting situated on the water, with a magical skyline view, was decked out in floral arrangements, fruits, and lots of bottles of Grey Goose Essence. While tickets were free and reserved in advance, fans could be seen in line outside of the venue for hours ahead of the concert. While walking down to their dressing room, Kehlani passed by a window where fans spotted her and began to scream. She looked out, smiling and waving. When the doors opened at 6:30 p.m., I watched excited fans speed-walk (running’s not allowed) to the front of the stage, high-fiving and cheering for securing a spot so close. Throughout the night they could grab limited merch, like botanical bucket hats and bandanas, and get a number of drinks, including Kehlani’s signature Essences drink, the Kehmami, featuring watermelon & basil vodka and chili, which sold out within an hour.

When Kehlani started their set around 8:30 p.m., the stage looked ethereal, with the sun setting behind and the matching green Diesel set she was wearing floating in the wind like it was made for the night. She started with “little story,” the first song on the album and fans sang along to every word. “This is the first time I’m getting to perform an album that means the complete world to me,” she told the audience after her intro, saying she knew she had a set list to stick to but she couldn’t help stopping to talk. “I get emotional.” And she did, stopping several times during the night to express her gratitude, say how much she loves everyone, and, during “melt,” wipe away tears.

The music video for the smooth love song “Melt” features her girlfriend of over a year, and has remained Kehlani’s favorite on the album, which one can assume is for that very reason. Before playing it live, she took a second to reflect on the importance of this song and how sharing it has shaped her happiness. “I’ve been on quite a journey in my life. But where I’m at now, gay and in love, it just does it for me,” she said. “Imma dedicate this to my girlfriend. She’s back there somewhere. I love you, baby, this for you.”

Sitting with Kehlani earlier in the night, I ask her what she is most excited about when it comes to performing these songs live. She says they are most looking forward to seeing how the album resonated with fans. “We spend all this time as artists outputting energy – output output output – that I feel like tours are the one time we get to receive,” they say. “When you're giving a show, it’s the first time you're getting to see the effect of what you put out to the world has on people and they get to share it with you.”

Kehlani kicks off her Blue Water Road tour at the end of this month, where it will take the singer (alongside North American opener Rico Nasty) across North America, before heading to South Africa, Europe, the UK, Australia, and New Zealand. Even after a five-year break from touring, she was able to book venues that she did not expect. While it is nothing short of exciting, it’s a little nerve-wracking too. “I’m playing venues that I thought I would have probably played way farther in the future, but I'm just really, really grateful,” Kehlani says, shaking her head and smiling. If anything is pushing them forward, it’s gratitude for their life and for their fans. Watching them perform, you can feel it seep out into the crowd and touch everyone there. After closing her set with a masterful performance of “altar”, Kehlani took a bow to a roaring crowd.