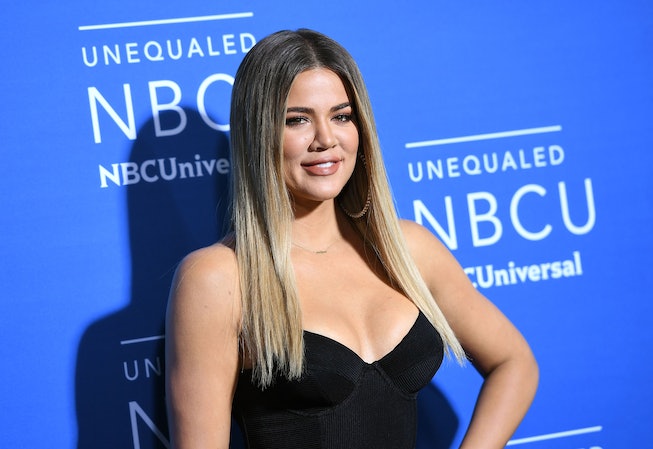 The celebrity baby rumor mill had a miss today. Khloé Kardashian confirmed that she is not expecting another child with her on-again-off-again boyfriend Tristan Thompson, as reported by TMZ. The pregnancy rumor tore across the Internet on May 13, and people jumped in to call Kardashian a clown and demand that she apologize to Jordyn Woods for publicly attacking her amid cheating rumors back in early 2019.

Kardashian logged onto Twitter to defend herself again the allegations, and got particularly heated as she told the speculators to get a life.

"I don’t go on social platforms much these days AND this is one of the main reasons as to why I stay away," she began. "The sick and hurtful things people say. I am disgusted by so many things I am seeing. SMH people swear they know everything about me. Including my uterus. Sick."

Kardashian addressed the deluge of mean tweets, the majority of which likened the reality star to a clown, or "Mayor Of Boo Boo The Foolville," as she's been deemed by Bossip. "The nasty things you’re saying about me over A RUMOR! I have seen so many hurtful/despicable stories and tweets about me over a false story. And if it were true.... it’s MY LIFE, NOT YOURS."

Kardashian begged her fans and haters alike to stop the negativity, especially considering the current state of the world. "Funny how picky&choosy some can be with who and how you feel others should live their lives," she concluded. "I believe people should focus on their own lives/families, put energy into bettering the scary world we are currently living in, and try projecting positivity as opposed to nastiness."

NEXT UP
Entertainment
Taylor Swift Swept The 2022 American Music Awards
It Girl
Jessica Henwick Is A Franchise Favorite For A Reason
Entertainment
Caroline Polachek Announces Album ‘Desire, I Want To Turn Into You’
Entertainment
RM's "Yun" & 9 Other New Songs Out This Week