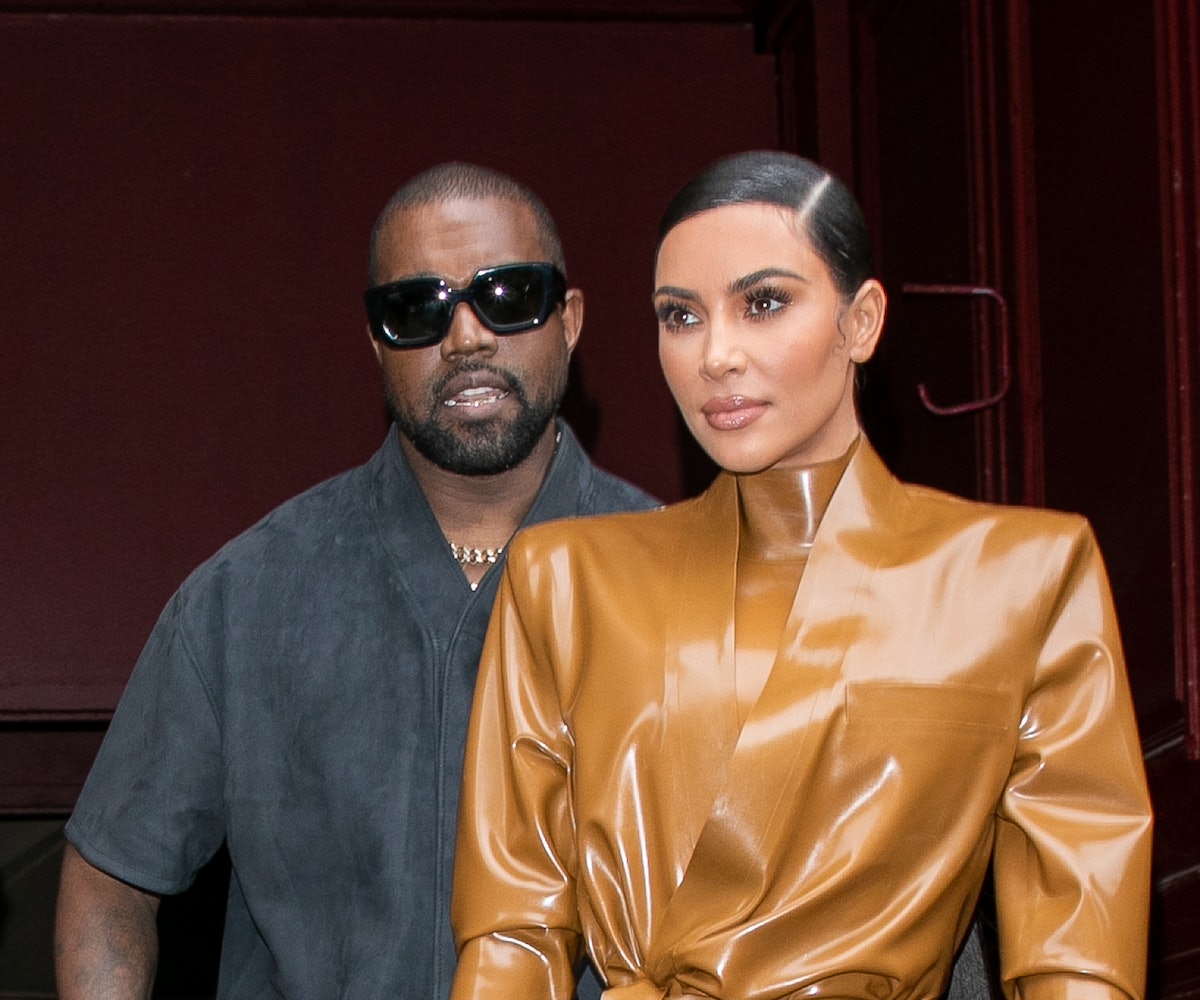 Kim Kardashian has issued statement about Kanye West in light of the rapper's recent erratic tweets as he gears up to release his new album, DONDA, named after his late mother, this Friday. In a rare letter posted to her Instagram story on Wednesday, she opened up about his bi-polar disorder, while also taking the time to address the public stigma and misconceptions around the illness.

"I've never spoken publicly about how this has affected us at home because I am very protective of our children and Kanye's right to privacy about his health," she wrote. "But today I feel like I should comment on it because of the stigma and misconceptions about mental health."

She went on to explain that unless the person with the illness is a minor, their family is "powerless" to help them, noting: "The individuals themselves have to engage in the process of getting help no matter how hard family and friends try."

She acknowledges that Kanye is a public figure and is subject to criticism, and that at times his behavior can elicit "strong opinions and emotions," but she emphasizes that on top of the pressures of being an artist, a Black man, and a person who has lost his mother, he also has to contend with the "pressure and isolation that is heightened by his bi-polar disorder." "He is a brilliant but complicated person," she writes, before later saying that those who are close to him "know his heart and understand that his words some times do not align with his intention."

Kardashian says that his illness does neither diminish nor invalidate his creative pursuits and genius, and that "as we have all witnessed, many of his dreams have come true" — perhaps in reference to his successful YEEZY line (which recently partnered with GAP for a 10-year collaboration), as well as his many ambitious album rollouts in the past years. She ends her statement by asking for the public and media to "give us the compassion and empathy that is needed so that we can get through this."

Since Kanye held his first presidential rally on Sunday evening in Charleston, South Carolina — where he spoke about everything from abortion and gun control to Harriet Tubman — the rapper has been sporadically going on Twitter rants, making troubling claims about how Kim tried to have him hospitalized, how he believes the movie Get Out is about him, along with screenshots from a text conversation with Kris Jenner where he asks if she's ready "to talk now or are still avoiding my calls [sic]." Nearly all the tweets were deleted shortly thereafter. The latest bout was late Tuesday night, during which he tweeted "They tried to fly in with 2 doctors to 51/50 me," according to screenshots of the now-deleted rant posted to Reddit. 5150 is in reference to a California law code that allows for the involuntary hospitalization of those that are deemed a danger to themselves or others due to signs of mental illness.

On Twitter, people have been expressing concern for his mental health, as well as the discomfort of watching what seems to be a mental breakdown play out publicly. Controversially, there are others who are using his tweets as material for memes.

"Feel like a martian watching people meme their way through this one," music writer Craig Jenkins tweeted Sunday night.

Meanwhile, other celebrities like Halsey have taken to social media to urge people to be more understanding and empathetic towards the rapper. "If you can’t offer understanding or sympathy, offer your silence," she tweeted.