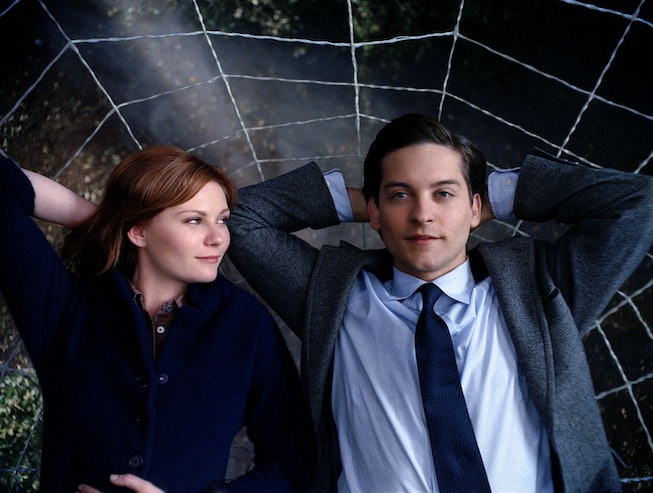 I may be biased — you know, being a gay man and all — but when I think back to the three-film run of Spider-Man movies that came out between 2002 and 2007, I don’t think much about the titular superhero, played by a then-20-something Tobey Maguire. Instead, I think about his effortlessly beautiful love interest, Mary Jane Watson, played by an early 20s Kirsten Dunst. At the time, most famously known (to me, at least) as Bring It On’s earnestly ambitious Torrance Shipman, Dunst was the main draw for me in Spider-Man — and I’m sure I’m not the only one.

So why was she not paid comparably to her co-star? Sure, Maguire was playing the titular role, right around the time superhero films were first beginning to reveal themselves as worthy box office-breakers. But is that any excuse for a large pay gap to exist — especially once the sequels started rolling out, with Dunst’s role growing larger in each successive chapter?

Well, that was the case either way. “The pay disparity between me and Spider-Man was very extreme,” Dunst recently told The Independent, in a profile pegged to her upcoming Netflix film, the extremely Oscar-baity Jane Campion drama The Power of the Dog. “I didn’t even think about it [at the time]. I was just like, ‘Oh yeah, Tobey is playing Spider-Man.’ But you know who was on the cover of the second Spider-Man poster? Spider-Man and me.”

This slight is all the more egregious when one considers what Dunst’s résumé looked like by the time she booked the first Spider-Man. In addition to the certified hit that was Bring It On, Dunst had already stolen scenes in Sofia Coppola’s breakout debut The Virgin Suicides, perfected her inner-pageant queen in Drop Dead Gorgeous, stolen hearts in Little Women, and most enviously, smooched Brad Pitt in Interview with a Vampire. All before she could legally smoke a cigarette.

But as has always been the case in Hollywood, women are statistically undervalued in comparison to their male co-stars — particularly in big-budget fare, which the massive $130 million-budgeted Spider-Man would definitely qualify as. And thus, Kirsten Dunst, despite her manifold contributions to the eventual success of the entire franchise, was left out to dry.