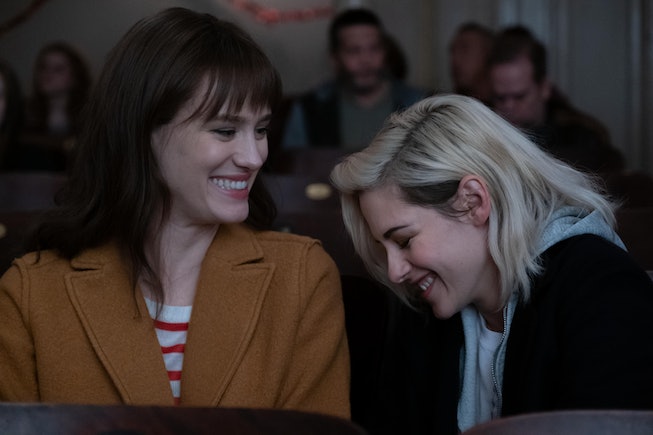 Kristen Stewart and Mackenzie Davis are headed home for the holidays in the first trailer for Happiest Season, the upcoming queer rom-com from writer-director Clea DuVall. The trailer teases the story of Abby (Stewart), who goes home with her girlfriend Harper (Davis) to meet Davis' conservative parents, who don't yet know that Harper is gay. The couple find themselves playing out many in-the-closet tropes, with Abby pretending to be Harper's straight, orphaned roommate/friend, much to Dan Levy's character's amusement.

In October, DuVall told EW that she wrote the film from her "own place of truth," something that Stewart said made the film that much more authentic.

"I grew up watching and loving conventional movies like this. Seeing [marginalized] people loving each other in the middle of something that's so standardized was really exhilarating and freeing," Stewart continued. "There's a lack of confusion and generalization Clea brings [as a queer woman]. I want people to see that two girls in love is just so fun."