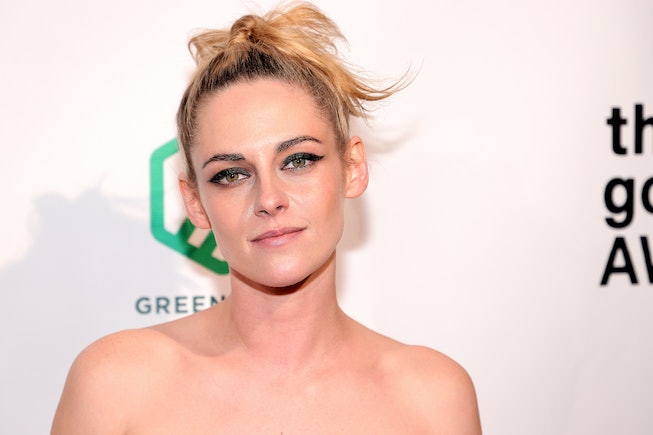 Kristen Stewart might be one of Hollywood’s most coveted actresses, but at the end of the day she’s just like us. In an interview with W Magazine she admitted to being star-struck by Neve Campbell, and honestly, we can’t blame her! According to Stewart, she was caught off guard when she spotted the Scream star at a restaurant.

“I looked over my shoulder and did this thing that I hate when people do [it] to me, where they look and then snap back and pretend they didn’t see or something,” she explained. “I’m like, ‘Just come say hi.’ And then my friend was like, ‘you should just go say hi.’”

At first Stewart was hesitant, but she eventually introduced herself. “She invited us to sit down and chat for a minute,” Stewart said of the encounter. “I was like, ‘man, I need to go see Scream [Five].’” “I love that series so much,” she continued. “But it’s funny who actually starstrikes you.”

“It’s never who you expect. It’s a physical thing—maybe you love a musician, maybe you love an actor so much, but you see them and you’re like, ‘Yeah, cool. That’s them. They’re a person.’ There are some people that just get in there. Physically. And then your body goes, ahh.”

Campbell is prepping her return to the limelight, with the premiere of Scream 5 on January 14th. The upcoming film is a continuation of the iconic horror franchise, helmed by the late Wes Craven in 1996. Scream follows Campbell as Sydney Prescott, a woman tormented by a relentless ghost-faced killer in her hometown. In the latest film a new murderer targets a group of teenagers with ties to the towns dark past, and Prescott returns to save them.

While press for Scream 5 ramps up, Stewart is set to receive a lot of attention as well for her role as Princess Dianna in the film Spencer. Many believe she will finally be nominated for an Oscar thanks to her compelling performance. However Stewart has made it clear that she is not concerned about the matter. During an interview on Variety’s Awards Circuit podcast, she jokingly said, “I don’t give a sh*t,” while talking about the potential to win an award.

Either way, both women have an exciting month ahead. Stay tuned for more Oscar updates, and watch the trailer for Scream 5 below.