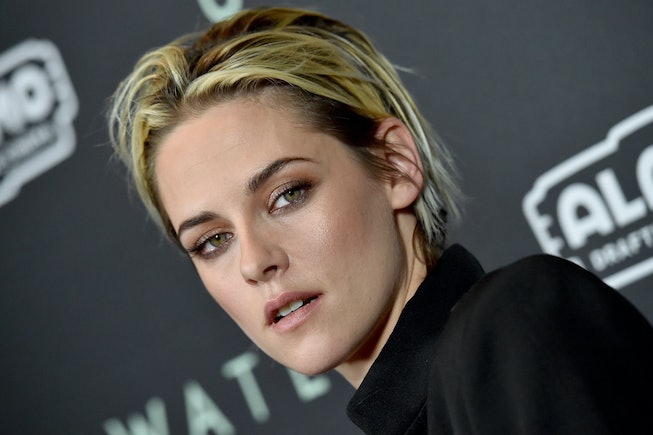 Kristen Stewart has signed on to play Princess Diana in the forthcoming biopic Spencer. The film will be directed by Pablo Larraín who also helmed Jackie which featured Natalie Portman as the grief-stricken first lady in the days following her husband's assassination.

Like Jackie, Spencer will focus on a critical time period in the princess' life. Specifically, a weekend in the early '90s when Princess Diana decided her marriage to Prince Charles was no longer working and she needed to shift her journey as a royal on her own. In turn, Spencer won't cover Princess Diana's tragic death, which occurs approximately three years after the events of the film.

"You’re able to get into a wider, bigger perspective of who she was. We all know her fate, what happened to her, and we don’t need to go there," explained Larraín in an interview with Deadline. "We’ll stay in this more intimate space where she could express where she wants to go and who she wants to be." Written by Steven Knight, the drama will take place over three days during one of her final Christmas holidays at the House of Windsor in the family's Sandringham estate in Norfolk, England.

Doing the people's princess justice is a tall order, but Larraín is confident that Stewart will be able to deliver the necessary historical countryside melancholy. “To do this well, you need something very important in film, which is mystery," he explained. "Kristin can be many things, and she can be very mysterious and very fragile an ultimately very strong as well, which is what we need. The combination of those elements made me think of her. The way she responded to the script and how she is approaching the character, it’s very beautiful to see. I think she’s going to do something stunning and intriguing at the same time. She is this force of nature."

Stewart has come a long way since playing the lovesick teenager and vampire groupie Bella Swan in the Twilight franchise; since her breakout role she's gravitated toward more niche indie dramas, like Clouds of Sils Maria, Personal Shopper, and more.

Larraín, who grew up in Chile, wasn't as exposed to the Princess Diana fandom of the '90s as his North American peers in his youth; it was the concept of the princess's supposed fairytale life turning sour that intrigued the director. "When someone decides not to be the queen, and says, 'I’d rather go and be myself,' it’s a big big decision, a fairy tale upside down," he explained. "I’ve always been very surprised by that and thought it must have been very hard to do. That is the heart of the movie."

Production for Spencer is expected to begin in early 2021.