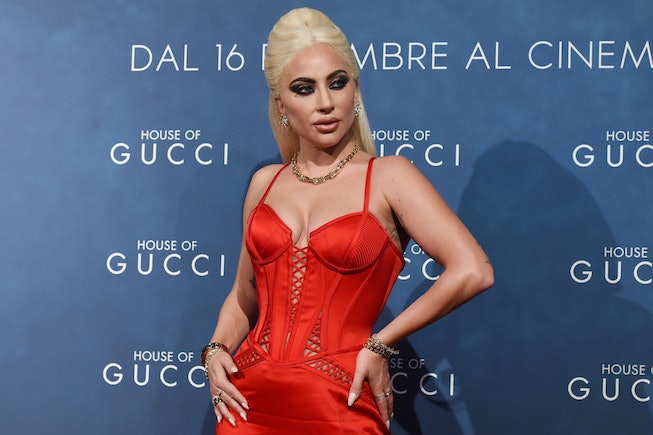 Lady Gaga is returning to the Las Vegas stage! The Grammy-winning singer and actor announced a return to Sin City to resume her residency at the Park MGM hotel and casino. The performances will be “Jazz & Piano” themed, kicking off April 14th and running through May 1st.

According to a press release, the shows will “celebrate her love of the Great American Songbook” in addition to songs from Love for Sale, her album with Tony Bennett.

Gaga announced the news on Twitter, posting a photo of the concert poster, which features the artist staring off into the distance while wearing a dramatic headpiece and grandiose earrings to match. Alongside the image she wrote, “Lady Gaga Jazz & Piano Returning to Las Vegas this Spring at Park MGM’S Dolby Live!”

She then instructed fans to visit the concert website to sign up for early ticket access. Gaga currently has 8 shows set from April 14th to May 1st, coinciding with her ongoing Vegas Residency. Anyone who wants the pre-sale code can add their email to the distribution, which will also send concert updates as the dates approach.

The Grammy-nominated Love For Sale was created with Bennett, a legendary jazz and show tunes singer. The 95-year-old singer has been working with Gaga for quite some time, as both artists share a love for broadway. Love For Sale is their second album, following the release of 2014’s Cheek To Cheek. Bennetts camp has yet to confirm if he’ll be joining Gaga for any of the performances.

Though she will be in Vegas this Spring, Gaga has another concert event in the works as well. Last year she announced the “The Chromatica Ball,” a tour celebrating her 2021 techno-album Dawn of Chromatica. The event has been rescheduled twice, but it's expected to take place this summer.

According to Variety, the singer explained that the cancellations were due to the COVID-19 pandemic. When the tour was originally announced, Gaga planned to visit a variety of cities around the world. However the safety protocols for each location differed, leading her team to cancel the show until further notice. “While some parts of the world are moving quickly to open up, others are not yet ready,” Gaga wrote. “So until we can confirm all global dates, we have to postpone The Chromatica Ball shows to the summer of 2022.”

NEXT UP
Entertainment
FLO Is Headlining Their First US Tour This Spring
Entertainment
Beyoncé Announces 41-Date 'Renaissance' Tour
Entertainment
Harry Styles Is Performing At The 2023 Grammys
Entertainment
Raye Explicitly Speaks Her Mind On Debut Album, ‘My 21st Century Blues’
Style + Culture, delivered straight to your inbox.