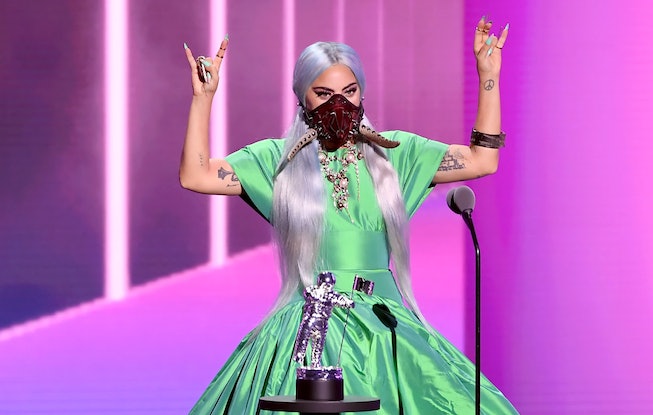 Lady Gaga has been fetching the bolt cutters throughout isolation. Gaga, who famously put out her own quarantine record sent straight from the fantastical cyber-punk planet Chromatica, found solace in another quarantine release: Fetch The Bolt Cutters by Fiona Apple. “I can’t tell you what a comfort Fiona Apple has been during this time,” she tells Billboard in a new cover story.

Apple’s release has been playing around the clock in the Gaga compound during quarantine, soundtracking everything from cooking to much needed alone time. “I just reveled in the way that girl is so herself,” she says. “Anybody that’s going to tell me somebody is more relevant than Fiona Apple right now because they’ve got more followers on Instagram — I don’t have their number.”

Gaga's devotion is fierce. "That right there?" she says of the record. "That’s culture.”

Apple, famously absent from the internet discourse (lucky her!), was touched by Gaga's appreciation and sent a comment through her Twitter public relations contact and close friend, Zelda Hallman. According to Hallman's reports, Apple "literally grasped her heart, teared up, and softly said; 'Lady. You stood up for me.' It was really sweet. Thank you for the kind words."

As we say in the biz: legends supporting legends!