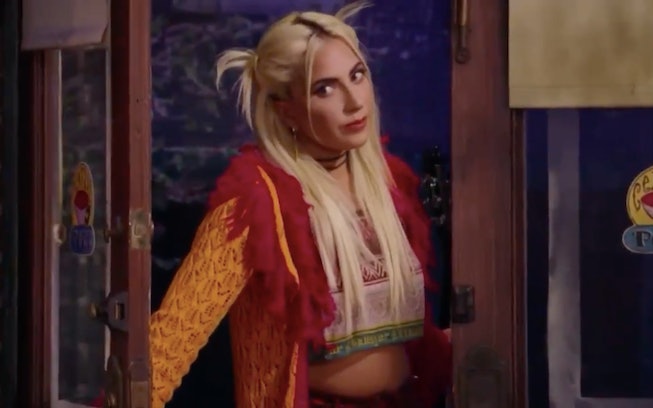 The highly-anticipated Friends reunion premiered today, on HBO Max, bringing fans behind the scenes of their favorite 90s sitcom. “The One Where They Get Back Together,” directed by Ben Winston, featured star-studded interviews and never-before-seen bloopers. But perhaps the biggest surprise of all, was Lady Gaga performing “Smelly Cat” with Lisa Kudrow and a gospel choir.

In a scene you truly have to see to believe, Gaga enters the Central Perk coffee shop donning a Phoebe-inspired costume and carrying a bright red guitar. The multi-platinum singer then sits beside Kudrow and delivers a Grammy-worthy performance of the odd, yet endearing, ballad. “Smelly Cat, Smelly Cat, it’s not your fault” she sings, to which Kudrow responds “Not bad,” before chiming in with the next verse.

During an interview with Variety, Winston revealed that he and Kudrow decided to recruit Gaga together. “We went through a few names, and we both agreed that Gaga, if we could get her, would be the ultimate one because she associates with and feels close to Phoebe in so many ways,” he said, “That was a really beautiful moment. And Lady Gaga jumped at the chance to do it.”

At the end of their performance Gaga said, “Thank you so much for being the person for all of us on Friends who was the different one, or the one who was really herself.”