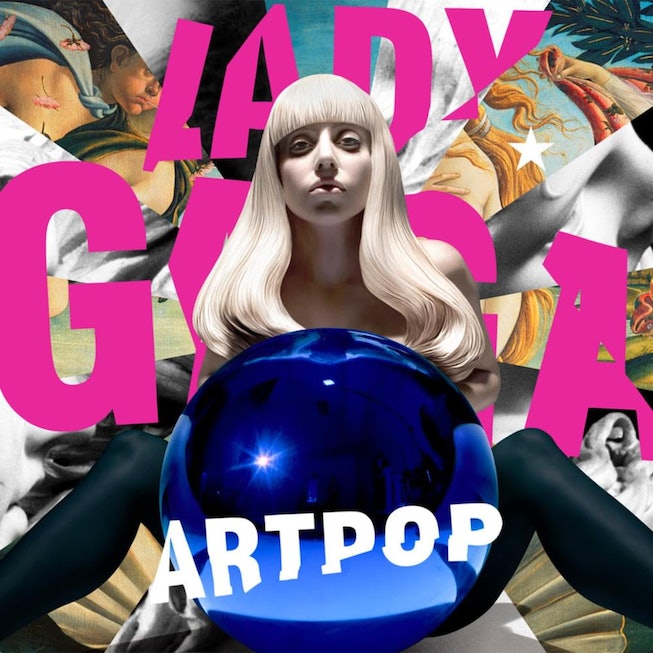 In the wise words of Trading Spouse’s Marguerite “God Warrior” Perrin, “If everybody would look back at everything I’ve been saying and preaching and praying and saying,” many people would have recognized the brilliance of ARTPOP years ago. 7.5 years after its release, Lady Gaga’s fourth studio album, an exciting mix of eclectic music styles, is still her strongest, most original work. Unfortunately, when it was released in 2013, the genre-hopping record was largely misunderstood by critics and listeners alike. It became the singer’s lowest-selling album in its first week, and before long, detractors started referring to it as “ARTFLOP.”

However, in the years since, the album (which spawned hits like “G.U.Y.” and “Venus”) has enjoyed a well-earned re-examination, with both critics and fans finally coming around to its forward-thinking sound. In an effort to convince Mother Monster to release the long-rumored ARTPOP: Act II album of B-sides, Little Monsters started the hashtag #BuyARTPOPoniTunes, eventually gaining enough widespread traction to send the album all the way up to #2 on the official iTunes chart.

Unsurprisingly, Gaga, who has always thought highly of the work, is thankful.

“The petition to #buyARTPOPoniTunes for a volume II has inspired such a tremendous warmth in my heart,” she tweeted after the hashtag went viral. “Making this album was like heart surgery, I was desperate, in pain, and poured my heart into electronic music that slammed harder than any drug I could find.”

She followed that by opening up about how hard she took the album’s initial negative reception. “I fell apart after I released this album,” she noted. “Thank you for celebrating something that once felt like destruction. We always believed it was ahead of its time. Years later turns out, sometimes, artists know. And so do little monsters. Paws up.”

The newfound (late-breaking) success of the artist’s most singular album to date is certainly welcome, though it’s important to note that Gaga has yet to say anything about actually releasing ARTPOP: Act II. Since ARTPOP, Gaga has gone on to release several more chart-topping albums (a duet album with Tony Bennett with a follow-up to come; the country-twanged Joanne in 2016; and last year’s pandemic-delayed smasher Chromatica). And this doesn’t even begin to address her burgeoning film career, where she’s starred in movies like Bradley Cooper’s A Star Is Born (which earned her an Oscar) and the upcoming House of Gucci (which will hopefully earn her another).

All this is to say: Lady Gaga is very busy. With a Chromatica remix album rumored to be coming soon, is Gaga even interested in turning the clock back to 2013? We shall see.