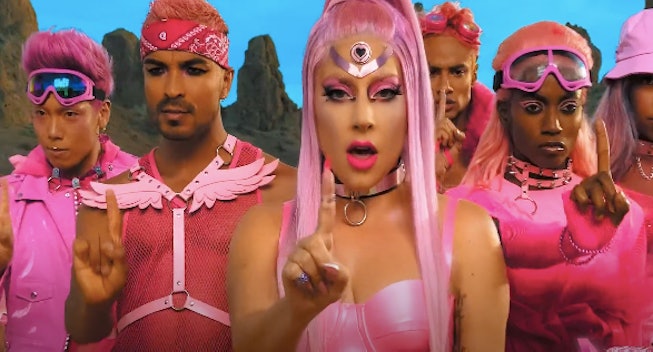 If everything had gone according to plan, Lady Gaga’s highly-anticipated album Chromatica would have been out by now. Unfortunately for the pop star, her album rollout has been riddled with constant setbacks. First, the record’s lead single “Stupid Love” leaked over a month in advance, making rounds around the Internet before officially being scrubbed from existence. Next to leak was the album art. Then, the global COVID-19 breakouts escalated into a full-blown pandemic, forcing Chromatica’s release to get delayed indefinitely. Just when you thought it was over, the tracklist for Chromatica has leaked on a Target retail site. First as tragedy, then as farce.

On the bright side, the 16 song tracklist features a list of select, heavy-hitter collaborators: K-Pop girl group Blackpink, fellow pop diva Ariana Grande, and the legendary Elton John. Ariananators had held theories that Grande and Gaga were collaborating ever since Grande wished Gaga a happy birthday through an Instagram selfie that looked like it had been taken in the midst of a studio session. Their sleuthing has once again been vindicated, and Grande is lending her vocals on Chromatica’s fourth track, “Rain On Me.”

There's no official release date for Chromatica, but there's only so many more slip-ups that can happen before the next leak is the album itself.