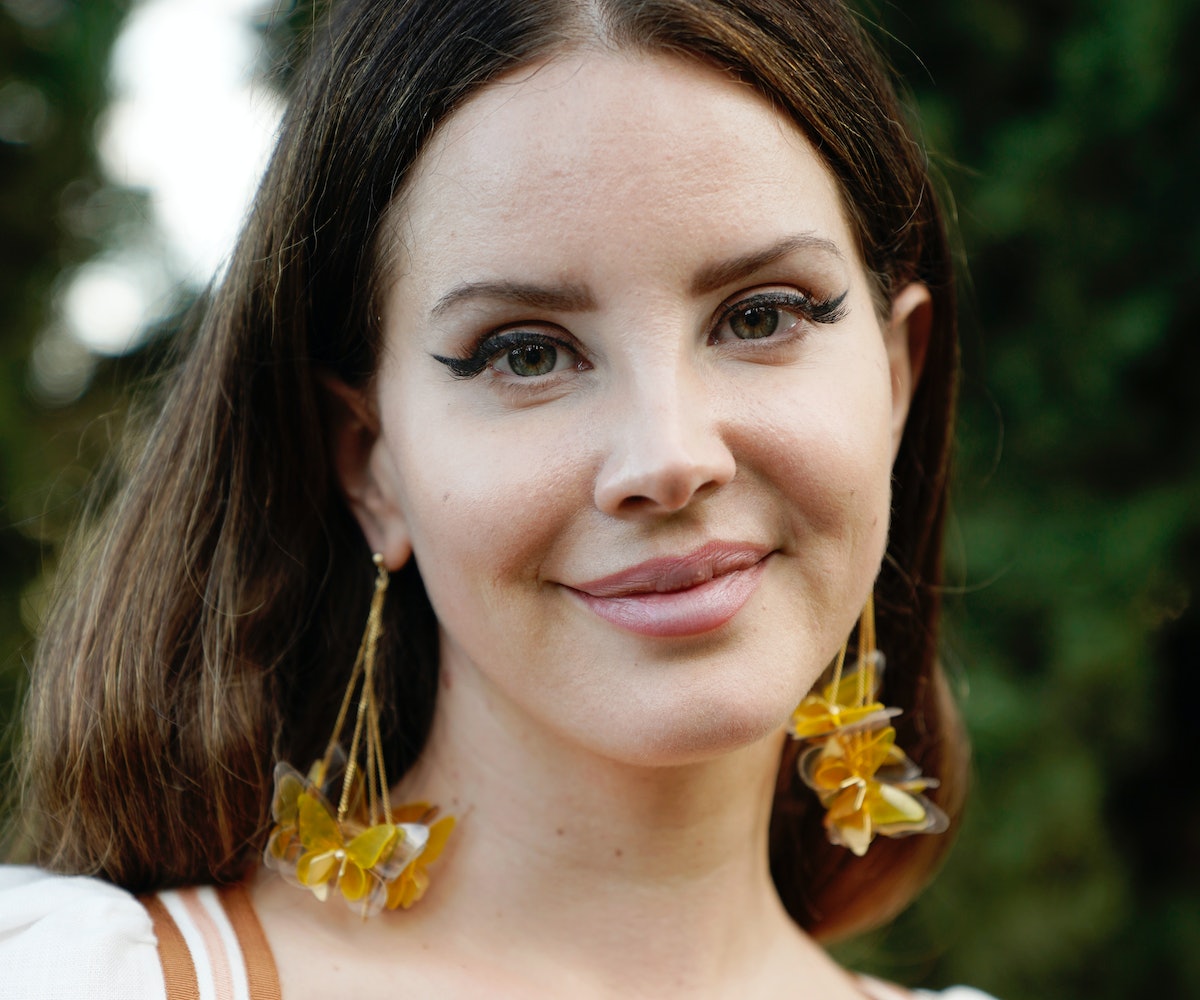 Lana Del Rey has released the first single from her forthcoming album, Chemtrails Over the Country Club. The swoon-worthy "Let Me Love You Like A Woman," out now, is our first taste of the upcoming project which is expected to arrive either at the end of 2020, or the top of 2021. Chemtrails is expected to be the follow-up to Rey's critically acclaimed sixth studio record, Norman Fucking Rockwell!

Over wistful piano and NFR!-levels of lush orchestration, Rey attempts to persuade a lover to escape the city with her. "I come from a small town, how 'bout you?/ I only mention it 'cause I'm ready to leave LA," goes the opening line.

"'Let Me Love You Like A Woman', there's just something about it," Rey said initially teasing the track in an interview with Q Magazine last October. "I feel like it's going to be really important, but I don't know why yet. That's where the magic comes in."

There's not much known about the details of Rey's forthcoming record, though she is reuniting with close collaborator and super-producer Jack Antonoff for the majority of the songs, including "Let Me Love You Like A Woman." Of the album, Rey told Interview magazine that Chemtrails has presented itself to be a more challenging project than NFR!

"I’ve been really stressed about this album," she told Interview. "From the top, we knew what Norman was. But with Chemtrails, it was like, 'Is this new folk? Oh, god, are we going country?' Now that it’s done I feel really good about it, and I think a defining moment for this album will be 'White Dress/Waitress.'"

Recently, Rey faced online backlash for seemingly wearing a mesh mask at a fan book-signing event in Los Angeles. She released her first book of poetry, Violet Bent Backwards Over The Grass, at the end of September.