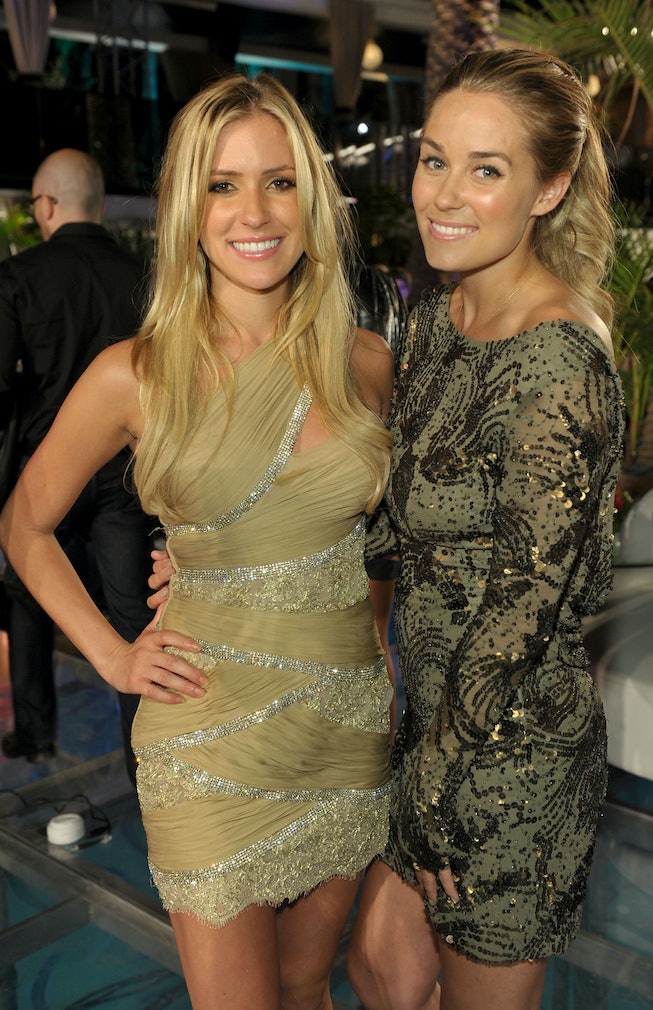 Kristin Cavallari and Stephen Colletti’s nostalgic Laguna Beach rewatch podcast, Back To The Beach With Kristin and Stephen, has had the stars of the early aughts reality show revisiting their past teenage behavior with the benefit of hindsight. In August, Colletti apologized to Cavallari for calling her a slut and pushing her during the show’s infamous 2004 Cabo episode, which featured the teens blackout drunk on tequila and dancing on a bar during Spring Break in Mexico.

"I was out of control and definitely owe you an apology. So, I am sorry for that,” Colletti told Cavallari on the pod, adding that the episode was “the most shocking and brutal moment for myself and my experiences in this show.”

"That is me literally at my worst right there," Colletti said. "My mom raised me in a good way to treat women, and I believe in that, to be well-mannered, treat you with respect and to obviously never in a million years lay a finger on somebody, or anything like that."

Now, Lauren Conrad, who played the Madonna to Cavallari’s Bad Girl on the show, also stopped by the pod to rethink some of her past behavior. On the newest episode of the Dear Media podcast, the fashion designer told Cavallari she is also “so sorry” for calling her a slut during the Cabo episode. Conrad, now 36, said the moment was her “biggest regret” from filming Laguna Beach, which she referred to as “cringey” overall. “I couldn’t believe I did that. Because I think where I’m at now, like, I would never call another woman that. It was, for me, like, the most embarrassing moment,” she continued. “I was like, ‘Oh, gross.'”

Cavallari, 35, also apologized, saying she said “dumb stuff” while filming the reality show, which began production when the cast were still in high school. The central plot of the series involved Cavallari, Colletti, and Conrad being caught up in a love triangle.

“When I watch it now, I’m like, I wasn’t confident at all. I was actually so insecure,” Cavallari said on the pod. “And I took it out on you in a lot of ways.” She added that she and Conrad “never really had any beef.”

Colletti has since accused Laguna Beach producers of making him look like a cheater. “They really paint that, of course, as what I’m doing throughout the show, which I have a huge problem with. That made my blood boil a little bit.”